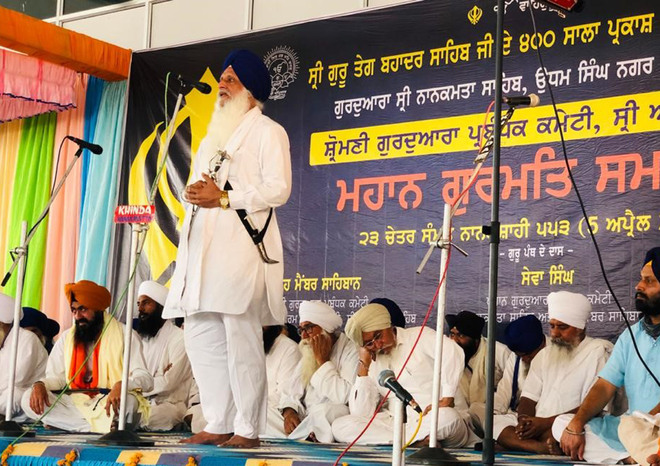 The samagam was inaugurated on March 1 in association with the managing committee of the gurdwara.

A special gurmat samagam was held in which Golden Temple Hazuri raagi Bhai Karnail Singh connected the sangat with gurbani. On behalf of the Dharam Prachar Committee, the jathas of Bhai Gurbhej Singh Chaminda Dhadi and Bhai Karaj Singh Kavishar recited the history of the Guru to the sangat.

Bhai Ajaib Singh Abhayasi, member of the Dharam Prachar Committee, who was present on the occasion, said it was our good fortune that the 400th birth anniversary of the Guru had come during our lifespan. He thanked the managing committee of Gurdwara Sri Nanak Mata Sahib for the success of the gurmat samagam. Meanwhile, the president of Gurdwara Sri Nanak Mata Sahib Sewa Singh thanked SGPC president Bibi Jagir Kaur for conducting the samagam and said it was for the first time that such a function was held in this area, which was highly appreciated by the sangat.