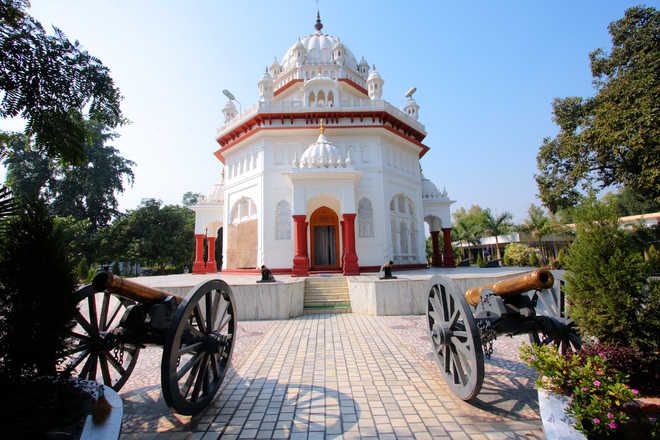 The Shiromani Gurdwara Parbandhak Committee (SGPC) organised an event at Gurdwara Saragarhi Sahib to commemorate the martyrs of Battle of Saragarhi on its 124th anniversary.

Saragarhi was a small rocky outpost situated between Fort Gulistan (Cavagnari) and Fort Lockhart in North West Frontier Province, now Khyber Pakhtunkhwa in Pakistan. It was manned by just 21 Sikh soldiers who repelled a ferocious attack by tribals for many hours on this day in 1897.

Recalling the 21 brave Sikhs who fought against 10,000 Pathan tribes, Giani Jagtar said there was a long list of martyrs belonging to the Sikh community from whom the present generation should take inspiration and connect to the faith.

On this occasion, a few of the family members (Ranjit Singh and Taranpreet Singh) of the martyrs were also present who were honoured with the Siropas (robes of honour).