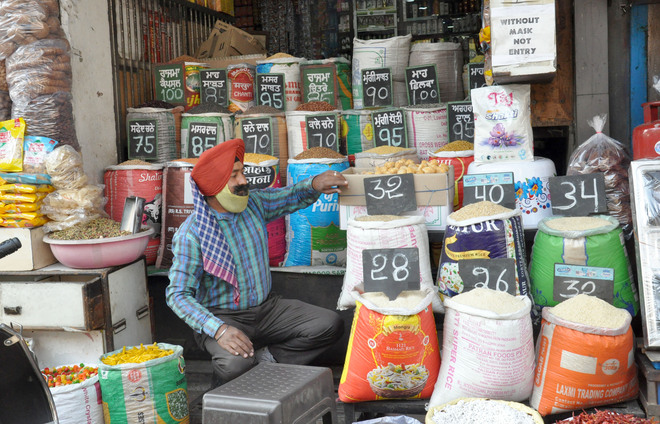 After facing uncertainty due to the lockdown imposed in the wake of the Covid-19 outbreak, skyrocketing prices of vegetables, cereals and pulses, among others, has hit the masses hard.

These essential items forming the food basket recorded 10 per cent to 30 per cent increase.

Maximum rise of 50 per cent has been witnessed on tea leaves, followed by mustard oil. The latter used to be sold at Rs 95 per litre before the lockdown, which now costs Rs 130 per litre.

Prices of all types of cooking oils, including soya, rice bran, palm, cotton seed, vegetable increased between 20 per cent and 30 per cent.

Omkar Goyal, chief, All India Retailers Federation, said, “There is no plausible reason for the price rise except that the political establishment wished the entire trade to be handed over to some corporate houses.”

The government’s effort to check black marketing and push sufficient food stock in the market to price rise failed.

Goyal recalled that former Prime Minister Dr Manmohan Singh had constituted a committee ‘Comprehensive Financial Services for Small Businesses and Low Income Households’, commonly known as the Nachiket Mor Committee, which had estimated that there were about 5.77 crore retailers who employ around 12 crore people in the country. These were small entrepreneurs who were deemed to be fit for the government aid, he said.

“It is no longer the case. We are now on the target of big corporate houses who want to snatch away our business,” he said.