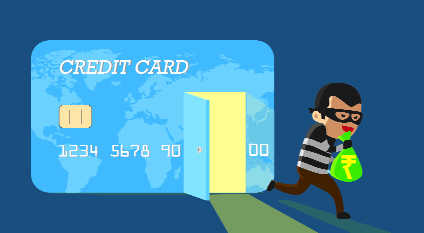 Unidentified swindlers did shopping worth Rs1.03 lakh on a cop’s credit card. Photo for representation only.

Unidentified swindlers did shopping worth Rs1.03 lakh on a cop’s credit card. Interestingly, as per the complainant, he did not receive any OTP or message from the bank in this regard.

Satwinder Singh, an Assistant Sub-Inspector, said he came to know about the incident when the amount was deducted from his salary account. The division B police have registered a case under Section 420 of the IPC and Sections 66-C and 66-D of the Information Technology Act against unidentified persons for now, while the cybercrime wing has started probe in the case. Initial probe revealed that unidentified persons did shopping in Mumbai on the said account.

The complainant said when the amount was deducted from his account, he rushed to the bank and enquired about it. It was then, that he found about the fraud. He said he immediately filed a complaint with the bank but nothing concrete was done by the authorities to recover the money.

He said he then lodged a complaint at the division B police station and informed about the same to his senior authorities. Satwinder Singh is currently posted with the Hall Gate police chowki.

He said he was getting calls from the bank to get a credit card and he finally visited the bank and got a credit card around three months ago. He said on September 9, he did shopping worth Rs20,000 but got a message that Rs1.23 lakh have been deducted from his salary account. He said the accused did online shopping in Mumbai. He said he filed a complaint with the bank and the authorities promised to take appropriate action within 10 days but nothing was done after which a criminal complaint was lodged with the police.