Snatchers on the prowl in Amritsar 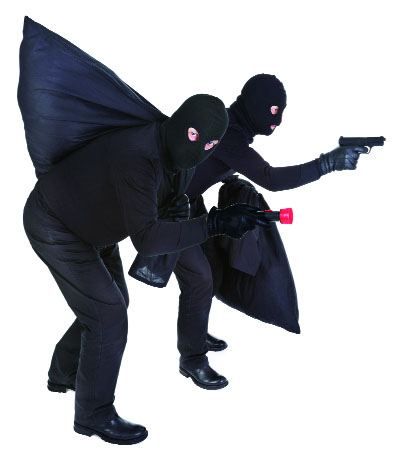 Snatchers are on the prowl in the city. A medicine supplier was robbed of Rs1.32 lakh by two unidentified persons when he was going from Ramdiwali village to Kathunangal after collecting payment of medicines here on Saturday.

Vikram Kumar, the complainant, said he is supplying medicines for the last two decades to chemists after taking orders. He said he was making collection from different medical stores from Ramdiwali village to Kathunangal side on bike, when two bike-borne persons came from behind and intercepted him. He said the accused took out the keys of his bike and forcibly snatched is bag containing payments worth Rs1.32 lakh.

Investigating Officer ASI Rajwant Singh said the police were still clueless about the perpetrators and further investigations were on. He said the CCTV cameras were being analysed.

Meanwhile, four unidentified armed persons snatched Rs11,400 from petrol pump staff at gunpoint in Lashkari Nangal village, falling under Jhander police station, here. Dilbagh Singh, the manager of the petrol pump, said on Saturday, around 5.35 pm, his salesman Sanjiv Kumar was filling petrol, when four youths came on two scooters. A youth asked them to fill petrol worth Rs80 and gave Rs100. He said when the salesman was returning Rs20, the accused took out a pistol and pointed it at him. They snatched the daily sale of Rs11,400 from him and fled. The police have registered a case under Section 379-B (2) of the IPC and Sections 25, 27, 54 and 59 of the Arms Act against unidentified persons and launched further probe. Sub-Inspector Kuldeep Singh, Investigating Officer, said the police were analysing the CCTV cameras to find clues about the robbers.

In a yet another incident, a devotee from New Delhi was looted by snatchers on Friday night, when they were returning to Guru Teg Bahadur Sarai on Lawrence Road, here. Victim Bhupinder Kaur, a resident of New Janakpuri, told the police that she, along with her family, came to pay obeisance at the Golden Temple. She said on Friday, they were returning to the sarai after paying obeisance at Gurudwara Shaheed Baba Deep Singh on an e-rickshaw. She said when they reached near Jallianwala Bagh Memorial Civil Hospital railway crossing, a person came on a bike and snatched her purse containing mobile phone, ear rings and cash.