Hotel biz yet to emerge from lockdown pangs 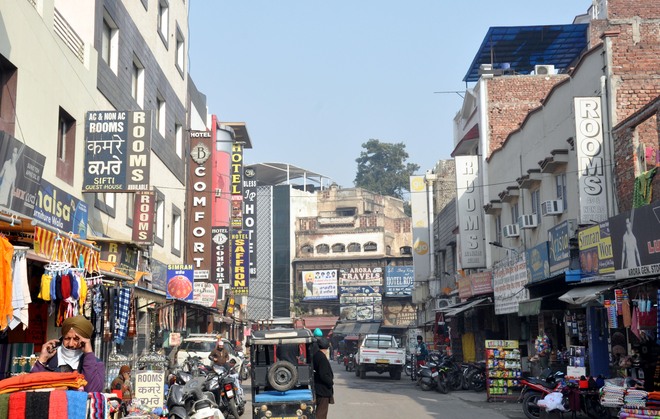 Hotels near the Golden Temple are not getting enough tourists.

The Covid-19 induced lockdown has affected the city’s hotel industry, which further hit the tax recovery of Municipal Corporation Amritsar (MCA). The MC officials claimed that the hoteliers are reluctant to pay the tax due to slow revival of the industry.

Tourism in the city is the backbone of several trades in the city but hotel industry is one of the major beneficiaries. Though other trades have been revived, the hotel industry has still not recovered properly. The influx of tourists has still not revived due to restriction on traveling. Moreover, a large number of hotels were closed for eight to nine months. The hoteliers were expecting a tax waiver for the current year.

Pardeep Rajput, a nodal officer for the property tax at the Municipal Corporation, said: “A major amount of property tax comes from commercial establishments. Undoubtedly, all kinds of trades have been badly hit due to Covid-19 lockdown. We also witnessed a loss of Rs 9 crore of property tax. The hotel industry is one of the major revenue sources. The hotels remained closed since March and are still facing low occupancy, so it also affected the tax collection of the MC.

Jatinder Singh Bhatia, president, Federation of Hotel and Guest House, said: “Hoteliers are paying tax but it is true that the lockdown hit the industry most. The occupancy is still 15 to 20 per cent in the hotels. The rail service and international flights have not revived. We are dependent on tourists from other states or international tourists. Local tourists not stay in the hotels. We have written to Chief Minister Capt Amarinder Singh to wave off the taxes but not get any response. Now, we will meet him and ask to wave off the taxes as it is difficult to pay power bills and taxes from pocket.”