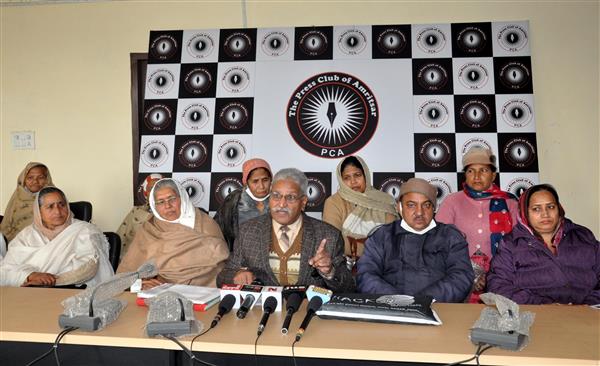 The All-India Terrorist Victims’ Association (AITVA) on Tuesday stated that successive governments had failed to take steps aimed at welfare and rehabilitation of the victim families even after more than three decades.

In a press conference held here on Tuesday, BR Hastir, chairman of the association, said, “During many previous elections, all the political parties made promises to introduce a policy for the welfare and rehabilitation of the victim families, but these have not been promised till date.”

He said hundreds of families from the state had fled to other places from 1982 to 1995. “Many persons lost their livelihood as they had to leave their well-established businesses to save their lives,” he added.

Hastir demanded that the political parties and leaders must understand the pain of the terror victims and the issue should be made a part of political discourse by all parties contesting the Assembly elections in the state.