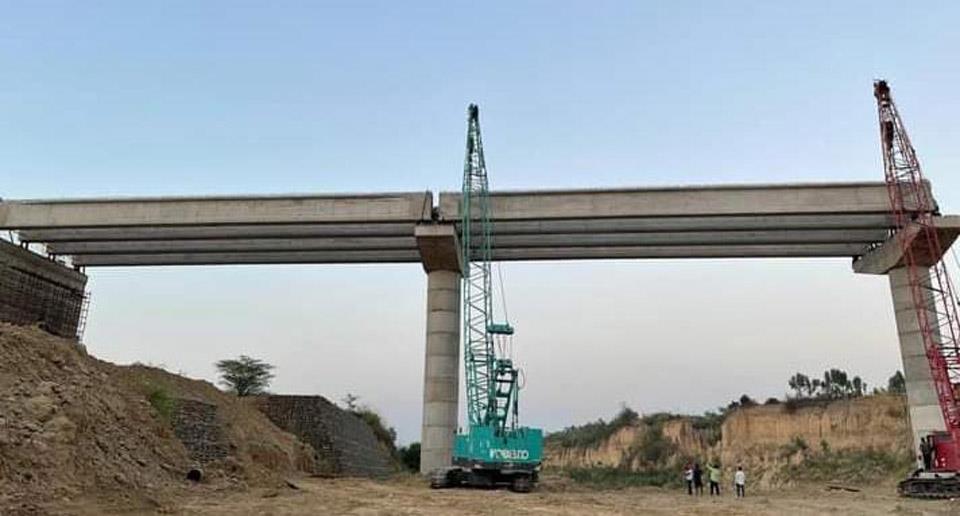 A bridge too far? The year 2019 is now passé. If the Congress works hard to sustain the euphoria till the D-Day, the bridge surely has the potential to swing votes in its favour.

In the fall of 2018, housemaid Sushma Rani led a group of women to Pathankot MLA Amit Vij’s residence where she narrated her tale of woes. She said she was married in the city while her parental house was across the Chakki river.

Her grouse was that her in-laws did not allow her to visit her parents as many times as she wished to.

Reason: Her parental village, Chani Makimpur, was 80 km away and public transport was at a premium.

Rani’s case was symptomatic of scores of other married women. The legislator asked PWD officials to prepare a blueprint. The fact that the MLA himself was involved in the planning and execution of the project ensured that red tape did not rear its head. It took two years and Rs35 crore for the 380-m-long four-laned high-level structure to be established. Its significance in an election year was surely not lost on the government. Last month, officials pushed the idea of holding a virtual inauguration ceremony in front of CM Charanjit Channi.

Knowing its vote-catching ability, the CM himself decided to come over to dedicate the venture to the public.

The Talwara Jattan bridge has opened up scores of opportunities for local residents. Now, sugarcane farming no longer remains the main occupation.

If Sushma Rani and others of her ilk had heaved a sigh of relief, the farmers of this sugarcane-rich belt, too, were happy. Earlier, they had to take their produce 100 km away to the nearest sugar mill at Mukerian. Now, the distance has been reduced to 30 km. Moreover, an added advantage is that the bridge also connects to the Pathankot-Jalandhar national highway.

Ever since the CM inaugurated it last month, life has changed for the better for the 10,000-strong populace spread across 70 villages.

Earlier, youngsters of the area were apprehensive of travelling such a long distance to Pathankot to find employment. Now, scores of youth can be seen every day crossing the structure on the way to their jobs in the city.

Politically speaking, there are approximately 5,000 votes in the area lying across the Chakki. In a five-pronged contest, with the Congress, AAP, SSM, SAD-BSP and BJP-Punjab Lok Congress in the fray, the victory margins will be narrow. “The bridge will prove to be a game changer for the legislator if he polls even a majority if not all of these votes,” said a Congress MLA.

Sources say in 2019 these votes were cast en bloc in the favour of the BJP because some of its leaders had promised “if their party was voted to power at the Centre, they would bring funds to ensure the bridge was built.”

The year 2019 is now passé. If the Congress works hard to sustain the euphoria till the D-Day, the bridge surely has the potential to swing votes to its side.