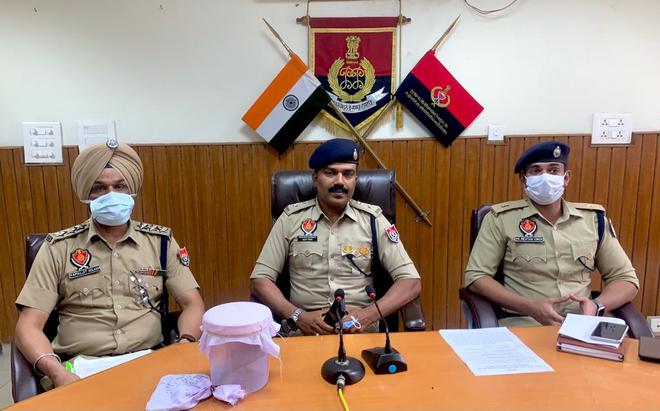 The district police, by arresting two persons, claimed to have solved the two-year-old blind murder case, in which Gurmej Singh (45) an SGPC employee, was shot dead on the Tarn Taran-Sri Goindwal Sahib road.

SSP Dhruman H Nimbale informed newsmen here on Tuesday that three accused had been nominated for the murder and two of them had been arrested, while one was still at large. The police have also recovered the country-made pistol used for committing the crime, a magazine and five cartridges.

The SSP said those arrested are Jashanpreet Singh of Nooradi village and Arashdeep Singh, alias Arash Baba, of the local Police Lines Colony. The one absconding is Amritpal Singh of Bachre, who is presently residing in Kharar.

Gurmej Singh was killed on June 25, 2019, when he had gone to nearby Alawalpur village to fetch milk on his motorcycle late in the evening.

The SSP said the police teams had tried solving the case but at this stage, the cops had taken it as a challenge and the investigation was initiated under the supervision of DSP (Investigation) Kamaljit Singh.

Accused Jashanpreet Singh revealed that he wanted to marry the daughter of the deceased as he liked her but it was one-sided love. Gurmej Singh and his relative Manjider Singh of Jhander village had beaten him black and blue to mend his ways and he, in a fit of rage, was looking for a chance to kill Gurmej Singh. Jashanpreet Singh took the help of Amritpal Singh to kill Gurmej and Arashdeep Singh arranged a pistol to commit the crime.