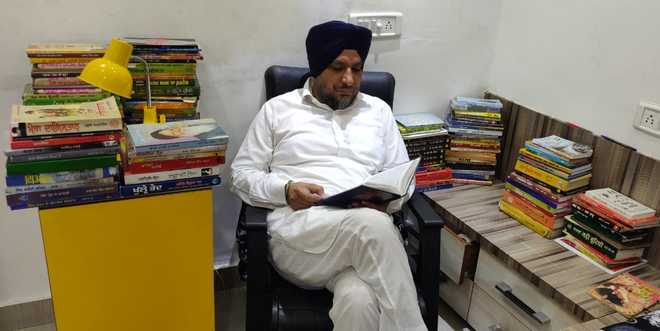 Heera Singh Kandianwala, a social worker, has appealed to the administration to make arrangements to provide safe drinking water to visitors coming to Tarn Taran. The practise of providing safe drinking water was started since the establishment of the town by fifth Sikh Master Guru Arjun Dev by digging wells, he said. The remnants of these wells were still here, he added. Visitors, who came to the holy town to pay obeisance or for business purpose faced problems as potable water was not available at even a single point in the whole town, he said. Hand pumps too were non-functional, he added. The Municipal Council had deployed a water tanker to water plants in the town, he said. The civic body did not provide water for visitors, he added.

Residents of Daleke village still remember selfless services of Dilbag Singh Dalake, who represented the Tarn Taran constituency in Vidhan Sabha twice. Daleke was minister in Giani Zail Singh led state government and Vidhan Sabha Speaker in Rajinder Kaur Bhathal led state government in 1996-97 for a short term. He unsuccessfully contested the Lok Sabha election in 1996. He died 18 years ago. His residence and landed property is still in the village and looked after by a caretaker. His wife lives in Mohali. Dalake has two sons and two daughters. Both sons are settled in Canada. His two daughters are married and settled in Delhi and Kapurthala, respectively. Mandeep Singh (25), a village resident, said his grandfather Mehanga Singh often remembered Dalake’s selfless services to the people. Harjit Singh (47), village sarpanch, while recalling Daleke said he was honest and real servant of the humanity. Most politicians amassed huge wealth during their short-term political career particularly when they were ministers, he added. Daleke’s landed property was sold to pay back dues while he served people during his active political career, he said. They were proud of Daleke, said villagers. None from Daleke’s family could follow in his footstep to serve people, villagers added. — Gurbaxpuri