Tarn Taran diary: Kallha village has its own lake 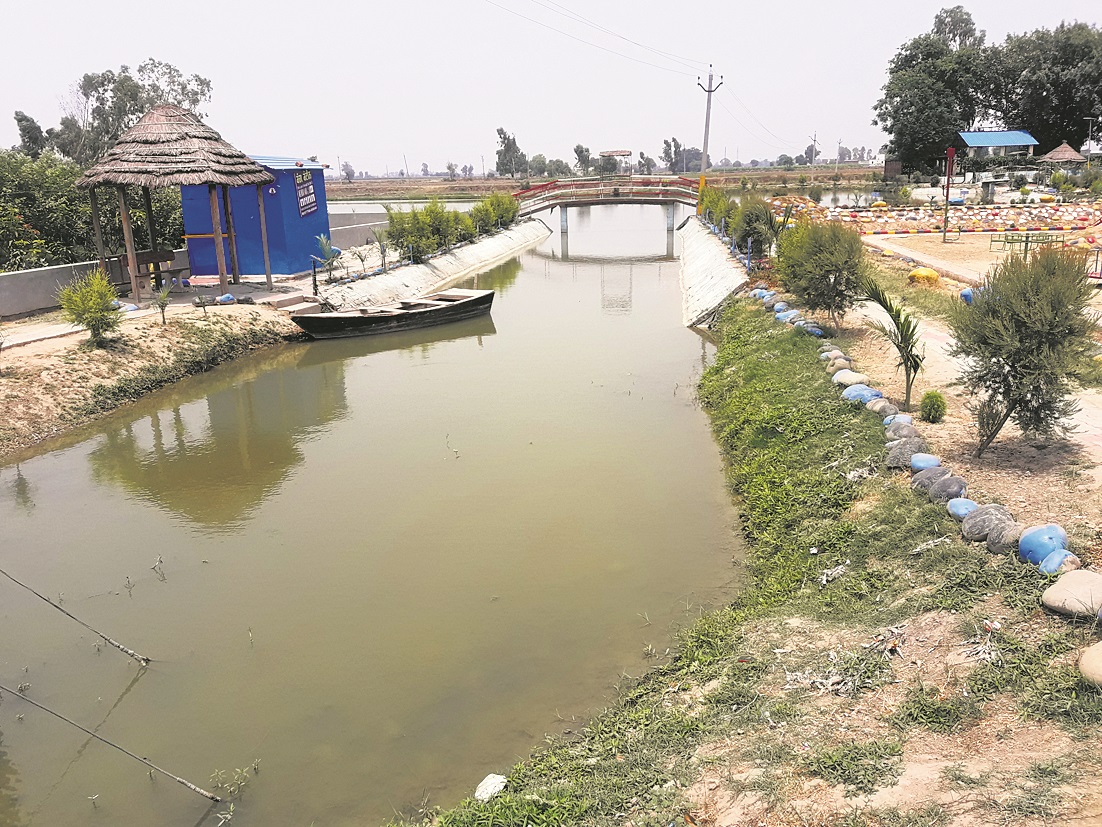 The Kallha village pond has been converted into a lake by the panchayat.

A pond in Kallha village has been converted into a beautiful lake by the panchayat. It is proving to be a good picnic spot for not only the village residents but also for a number of other village residents. Facilities of a lake, an entertainment park and a playway are also made available for the visitors. There is also a provision of boating. The spot witnesses hundreds of people daily in the evening and people enjoy spending their time at the lake until the sun sets. At the entertainment park, there are games for children and adults. People spend quality time at the park with their family members. At the play way, kids get to learn while playing. The panchayat is working under the leadership of village sarpanch Gursimratpal Kaur, whose husband Baldev Singh is a retired teacher of a government school. Baldev Singh said the lake was proving to be a multipurpose site. The village sewage and drain water is brought to a common pond after being treated under the Sheechewal Model. The lake is also used as a fish farm and was given on contract-basis for Rs 1 lakh per year. This amount will be used for village development works. The entry to the lake, park and playway is free of charge. Baldev Singh said the project was constructed with an amount of Rs 29 lakh. The funds were issued by the 14th Union Finance Commission, Government of India, and MGNREGA. A number of village NRIs too had donated for the project. The district administration is yet to appreciate the efforts of the panchayat for this unique project.

Many feathers in his hat

Tarn Taran Deputy District Education Officer (Secondary) Gurbachan Singh Lali has many feathers in his hat. He belongs to a mediocre family and has been a brilliant student during his student life. Along with studies, he was equally well in cultural activities.

He has been a good orator and was specially known for his speech at religious functions. During his student life at Guru Nanak Dev University, he also developed interest in literary activities and started writing articles for periodicals and newspapers. As a school teacher, he is known for being a good educator and a capable principal and education officer. He became popular in literary circles in 2011, when he came up with his first prose book dedicated to his parents. After a gap of 11 years, he again came in spotlight with his second prose book “Bandea banda ban”, which was released recently. His articles give lessons on becoming a good human being.

Minors out of school

Three minors — Vicky (11) and his younger brothers Rajesh and Bhinda — have never gone to a school. Their grandfather Mani Ram runs a pig farm in nearby Sheron village and it is his only source of income to feed his 10-member family.

The three kids help their grandfather in fetching feed for the pigs from vegetable markets. They get up early at 5 in the morning and leave for Tarn Taran on their horse cart. They go to bazars and collect rotten fruits and vegetables that are discarded by sellers before closing their shop a night before. They also go to different marriage palaces, fruit and vegetable markets and also grain markets. When the cart is full, they return to the farm. This has been their daily routine for the past three years. Mani Ram said as it is their only source of income, he can’t afford to send the kids to school for education. There are a number of kids like Vicky in Tarn Taran and nearby areas. Children can be seen begging at certain religious places without any check by the administration. The authorities concerned must take efforts to curb the menace. (Contributed by Gurbaxpuri)