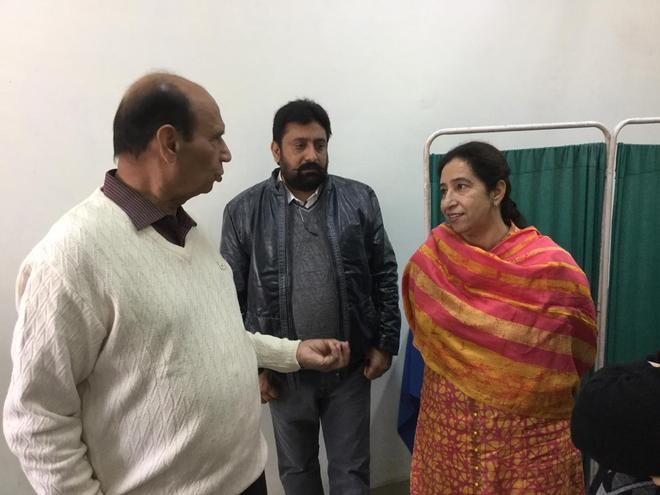 In a surprise checking of the local Civil Hospital on Wednesday, Tarn Taran MLA Dr Dharambir Agnihotri found six medical officers (MOs) absent from duties, besides noticing many other irregularities. Dr Agnihotri came to the hospital around 9.30 am.

The hospital is already facing controversies for issuing alleged fake dope-test reports, particularly to policemen, who were alleged habitual addicts. He expressed his concern over long queues at OPD windows due to lack of separate queues for the senior citizens. He said as many as 1,000 patients visited the hospital on a daily basis for various ailments. He said the gynaecology ward was in bad shape.

Talking to mediapersons, he said he had been receiving regular complaints regarding maladministration at hospital, where doctors on emergency duty at night often referred patients to Amritsar which caused troubles to poor patients. He said it was done just to not face inconvenience at night. There was no stock of anti-rabies injections in the hospital.

Dr Agnihotri said being himself as a medico, he was aware of the secrets of the profession. He said he would bring all lapses and the poor performance of the hospital to the notice of the Health Minister, Balbir Singh Sidhu, at a meeting to be held on Friday. “The fake dope-test reports issued by the hospital have already made the hospital controversial,” said the MLA.