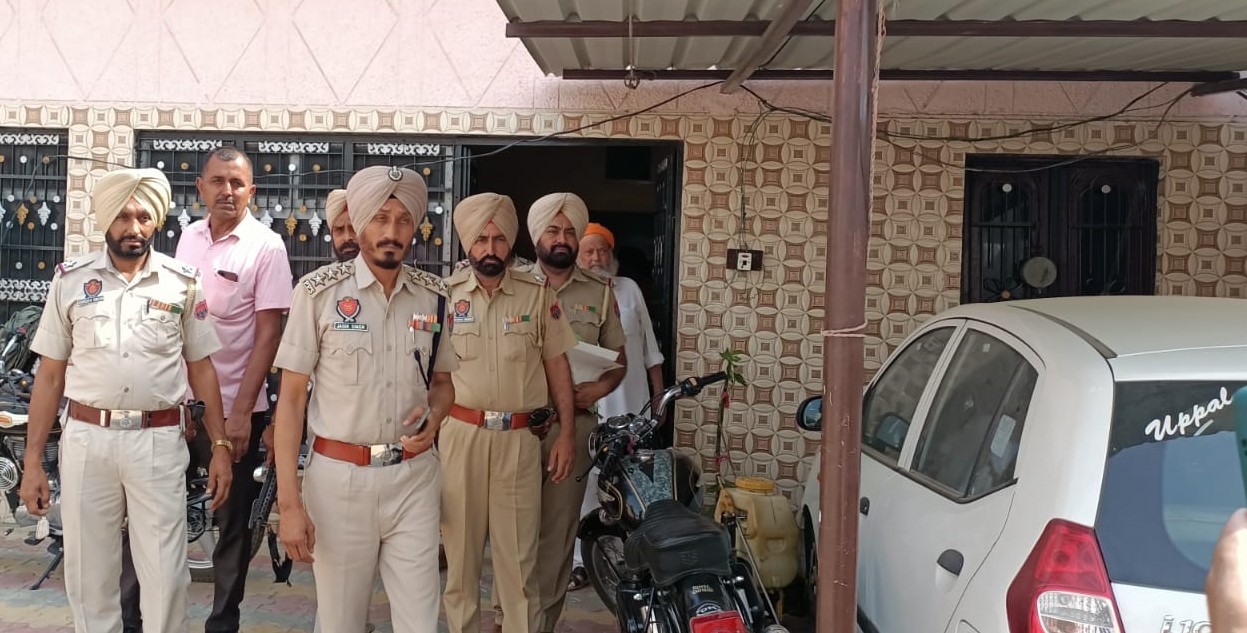 Cops led by DSP Jagir Singh visit the house of Rajbir Kaur who was killed over property dispute. Photo: Gurbaxpuri

A property dispute claimed the life of a widow in Pakhopur village falling under Chhola Sahib police station on Tuesday.

The deceased has been identified as Rajbir Kaur (30) whose husband Sandeep Singh died six years ago.

She had a dispute over 9 acre property with a family of the same village. The deceased was at her house when three assailants trespassed her house. The assailants indulged in a verbal duel with her and then fired three shots at her. She died on the spot.

DSP Jagir Singh who visited the spot said the accused have been identified as Sukhwinder Singh, his two sons Prabhjit Singh and Jashanpreet Singh.

The deceased is survived by two sons and a daughter, who are in the 5-10 age bracket. Kashmir Singh ,father-in-law of the deceased, is the former sarpanch of the village.

Kashmir Singh had two sons and both of them died.

The DSP said the accused were on the run and the police were conducting raids at their possible hideouts.