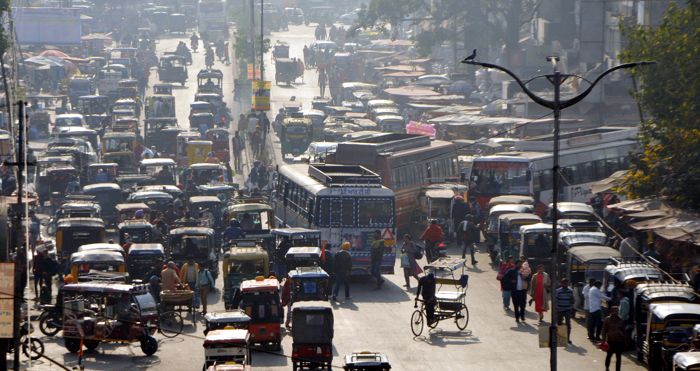 Amritsar is the only place in Punjab which proudly boasts of an international airport, international bus stand and international railway station. While the city witnesses a huge influx of tourists, the road infra seems under-equipped to handle the sea of vehicles entering the city. Tribune correspondent PK Jaiswar and lensman Vishal Kumar highlight the traffic woes of holy city.

Amritsar has always been a tourist hotspot with the Golden Temple and Beating the Retreat Ceremony at the Attari-Wagah joint checkpost being major attractions. However, traffic bottlenecks have been a perennial problem for the city. Under the Smart City project, various developments projects were being carried out in this regard, but they seem more like misplaced priorities, than a solution to easing traffic in the city.

A handful of cops man the traffic, who become active only when any VIP or VVIP visits the city. Defunct traffic lights further add to the commuters’ misery.