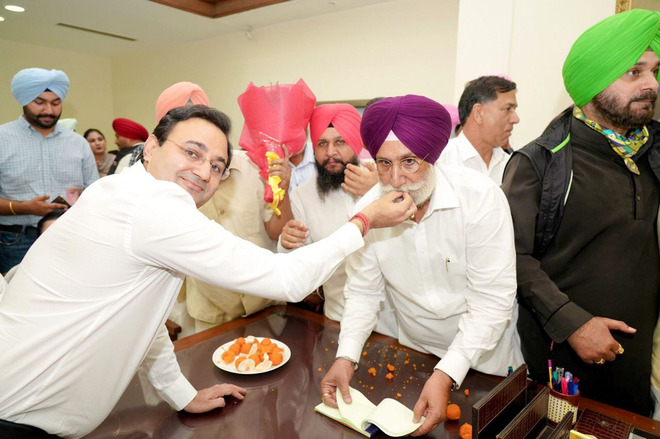 A day before the name of Dera Baba Nanak MLA Sukhjinder Singh Randhawa started doing the rounds as the Chief Minister, a vernacular newspaper went ahead with a headline — Will Randhawa be the new CM? Obviously, the journo did not know what the famous Betteridge’s ‘Law of Headlines’ stood for. It states that if a newspaper headline is phrased as a question, the answer is ‘no’. In this case, the law had stood the test of time. Randhawa did not become the king but nevertheless ended being a Deputy CM. At times, the politics which he has practised has had a touch of both unpredictability and volatility. There have been occasions when he acted on an impulse. And when he did so, logic and rationality were two big casualties. Officials, fearing a verbal lashing, have been quick to bend to his diktats. So much so, once he even dared to take on Vice-President Venkaiah Naidu in full public glare. The occasion was the foundation stone laying ceremony of the Kartarpur corridor in his assembly seat in November, 2018. By virtue of being the local MLA, he was the stage secretary. Minutes into her extempore, then union minister Harsimrat Kaur Badal started highlighting the achievements of the Akalis. This infuriated Randhawa no end. Livid, he walked up to where Naidu was sitting and told him: “Mr Vice-President, please ask Harsimrat to stop giving her speech a political tinge. Or I will be forced to stop her. And if this happens I should not be held responsible”. He also gave a blistering dressing down to a senior IAS officer and publicly accused him of playing spoilsport. Randhawa had indeed stirred a hornet’s nest when the situation demanded calmness and composure. Things had threatened to slip into the danger zone before CM Capt Amarinder Singh and Gurdaspur MP Sunil Jakhar managed to buy peace.The exigencies of holding a public office have taught him many things. He slowly but steadily transformed himself into a different, more mature man. Now, he is a man exuding confidence and at the same time maintaining a cool interior and exterior. The transformation was quick and smooth. Gone was his abrasive manner. The brashness has been replaced by a calm demeanour. Impulse has given away to objectivity. Logic and rationality have made a comeback. It was as if the monk had replaced the Ferrari driver. The 10X rule also came into play. The rule states that you should set targets for yourself which are 10X greater than what you believe you can achieve. Consequently, you should take actions that are 10X greater than what you believe are required to fulfil your goals. He started thinking big and set his targets accordingly. He saw the chair of Deputy Chief Minister coming before anybody else could see it. In his home borough, Sukhjinder is dependent-politically and socially-on his long time loyalist Kamaljeet Singh Tony, a progressive vegetable farmer from the nearby Talwandi Rama village. During the polls, it is Tony who plans and executes all the moves. This, over the years, has made Randhawa’s task all the more easier. Early this week, when Randhawa was catapulted as the Dy CM, there was a long list of admirers from the area who drove to Chandigarh to congratulate him. Pathankot MLA Amit Vij was one of them. Vij’s father, the late Anil Vij was a friend of Randhawa, while Amit himself holds him in high esteem. The Vij family’s loyalty towards Randhawa is well known in political circles. “What I value in a relationship is loyalty. And we have it in our blood,” said the MLA. Randhawa was at one time president of the Gurdaspur District Congress Committee. This was when Gurdaspur and Pathankot districts were undivided. The vast area which he presided over now means the list of followers making their way to Chandigarh to congratulate-and felicitate-him too is vast!

Voices to make Batala a district die down

A direct fall out of the change in dispensation in Chandigarh has been that voices to make Batala a district have died down. Earlier, Rajya Sabha MP Partap Singh Bajwa had handed over a letter to then Chief Minister Capt Amarinder Singh urging him to elevate the status of the subdivisional town to a full-fledged district. Two powerful dissenting leaders Sukhjinder Singh Randhawa and Tript Rajinder Singh Bajwa, too, wanted the demand to be met. In between, salvos were fired from both sides apparently in what was slowly turning out to be a credit war. All eyes are on Randhawa and Tript as these two are now in power. However, people in the know claim that the move may not fructify till the elections are over. The division, if at all it happens, is likely to hit the lawyers’ community of Gurdaspur. The advocates fear they will have to face a loss of clientele. For the time being, it is peace that prevails instead of politics. 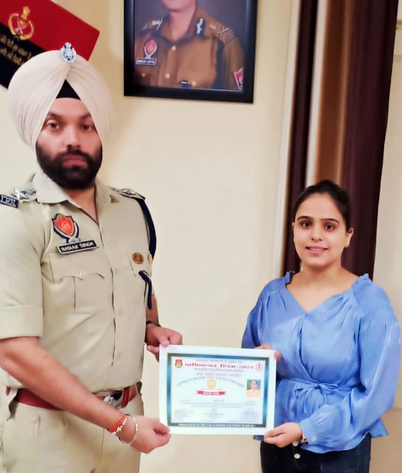 Young Aarushi Mahajan has done the city proud by becoming one of the teachers selected to teach prospective candidates who will be appearing for an exam to recruit constables in Punjab Police. Even SSP Nanak Singh was impressed by her teaching skills following which he felicitated her at a simple ceremony held in his office. Aarushi says most of the candidates she teaches at the Sukhjindra College belong to the lower strata of society and hence are unable to afford the exorbitant fees taken by local tuition centres. She is a postgraduate in social sciences from Panjab University, Chandigarh. The SSP was scouting for a young teacher when somebody told him about Aarushi. The girl was quick to make up her mind as “she wanted to do something for the upliftment of society.” As things stand, she is turning out to be a success story of Gurdaspur. “Every educated person is not rich. But every educated person is capable of keeping himself or herself out of poverty,” she says. And that is what she intends to do. She wants all these candidates to get a good education so that they can manage things on their own. Aarushi surely must have heard about the adage: “Give a man a fish and you feed him for a day. Teach a man to fish and you feed him for a lifetime”.