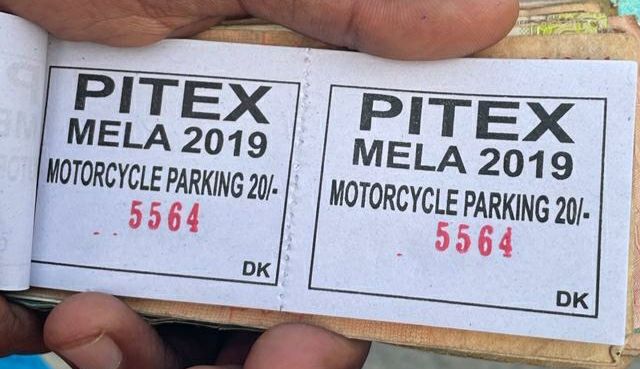 Ranjit Kaur, a state award winner, who runs a self-help group to empower rural women also sets her stall at on-going Punjab International Trade Expo (PITEX) at Ranjit Avenue in the city. Ranjit Kaur has written her success story with hard work and dedication. Her husband Jasbir Singh, a resident of Mullewal village, had adopted beekeeping as subsidiary occupation. With the motivation of experts at Punjab Agricultural University (PAU) Jasbir and Ranjit Kaur attended training sessions to make pickles, Sharbat, Jam and other food processing and preservation techniques.

Ranjit Kaur initiated the processing of food in 2009 and shared her practical experience other women from village. Jasbir Singh helped them in the marketing of product. Within two year, 12 woman of the village got registered self-help group named Swani. They started preparing organic pickles, jams and other agro products under good hygienic condition. Swani has become a brand name and various government agencies supported them to flourish their business.

Ranjit Kaur visits in all major fairs organised by various agencies of state government, including Kisan Melas and SARAS melas. They also got a mobile van to visit various cities and towns to sell the products.

However, the outbreak of pandemic in 2020 hit their business as all fairs and public gatherings were restricted. Swani, a self-help group, produced the pickles and jams in bulk but got no place to sell it. “We are recovering from the crisis as carnivals and fairs resumed. We have now variety of pickles and jams. The PITEX is good platform for exhibition of products”. Ranjit’s pickles and other products are attracting the customers in the expo.

Shopkeepers and residents at Ranjeet Avenue market, adjoining PITEX ground, opposed the charging of parking fee being levied by contractors hired by PITEX organisers. Some social activist raised issue that the organisers gave parking contract to some private player to manage vehicles parked open on the ground. The parking contractor should collect fee for parking on the designated space. But the contractor is charging parking fee from adjoining Pizzeria market in Ranjit Avenue, which is on the land of Amritsar Improvement Trust. Varun Sareen, an RTI activist, said: “The parking mafia is illegally operating in market in name of PITEX. They are issuing slips of PITEX 2019 and overcharging for vehicles. When we asked from AIT officials, they confirmed that no one got any permission to charge for parking at Ranjit Avenue market. We demanded an inquiry as to who was collecting the fee illegally?” Harpandeep Singh Aujla, area councillor, reached and supported residents and shopkeepers. He also demanded action against illegal collection of parking fee. Some visitors at PITEX claimed that Rs100 was being charged for a car and the slip was being issued of Rs20. TNS