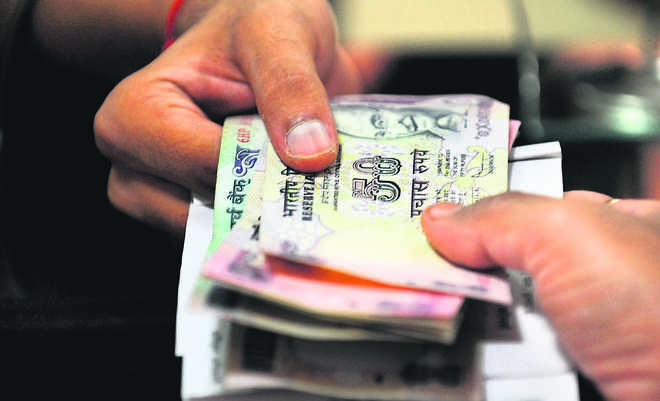 Two police officers were suspended today after a video purportedly showing the two taking Rs 10,000 in bribe from a woman went viral on the social media.

ASI Sawinder Singh, Manochahal Kalan Police Post in charge and ASI Amarjit Singh allegedly took the money for presenting a challan in court in connection with a case registered by the woman.

SSP Dhruman H Nimbale said suspension orders were issued following an inquiry. A departmental inquiry would be conducted and in case the two were found guilty, they would be booked under a criminal case. The two had been booked on charges of taking bribe, he said.

In the video, ASI Amarjit is purportedly seen taking Rs 10,000 from a woman, identified as

The complainant claimed she had got a case registered under Sections 354 (assault to outrage modesty) and 452 (trespass after preparation for hurt) of the Indian Penal Code against her husband and two others in 2019, but the police were not presenting the challan in the court.

She brought the matter to the notice of the higher authorities. However, the two police officers allegedly demanded bribe for the job, she said.

Asserting that there was a zero-tolerance policy on corruption, the SSP asked people to bring such matters to the notice of the higher authorities.