Two die of heatstroke in Amritsar 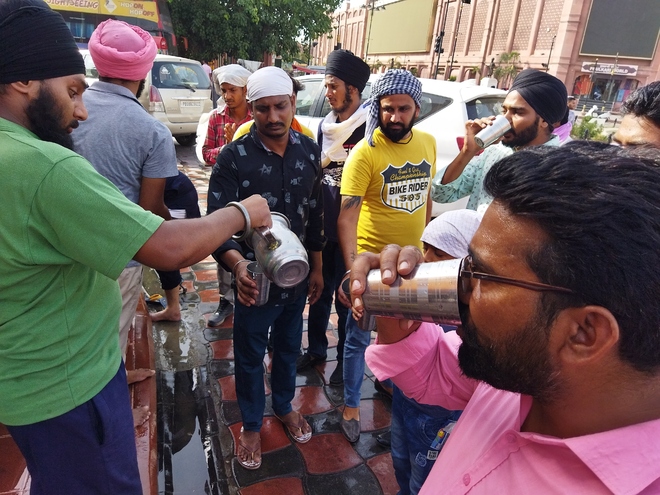 Severe heatwave has gripped the region in the last two days, which resulted in two deaths in the city.

With mercury hovering around 44°C, the heat has become unbearable for residents, especially children and senior citizens.

The authorities reported death of an unidentified person who died of heatstroke in Maqboolpura. Another person, Jaspreet Singh, also died due to heatstroke, said B-Division police station.

As the temperature would increase further in the coming days, medical experts asked residents to take precautions while going out of their homes, especially during afternoon.

Assistant Prof Dr Sandeep Aggarwal, paediatrics, Government Medical College, said, “Parents need to take care of their children. Kids should be asked to drink more water and have proper meals. They should also be refrained from playing out in the open when the temperature is too high.” He said even others with underlying health conditions should exercise caution. “It’s important that you cover your head if you have to step out in the sun,” he said.

Meanwhile, rise in mercury has resulted in increased sale of air-conditioners. Amanpreet Singh, who deals in electronic goods said, “We have been very busy during the last two days. We are selling around 40-50 air-conditioners daily. The demand is so high that it has led to scarcity of electricians who can install air- conditioners.”

In market places, huge rush of people can been seen quenching thirst at ‘chabeels’ organised by residents. The heatwave has also impacted traffic on roads as people avoid stepping out of their homes.