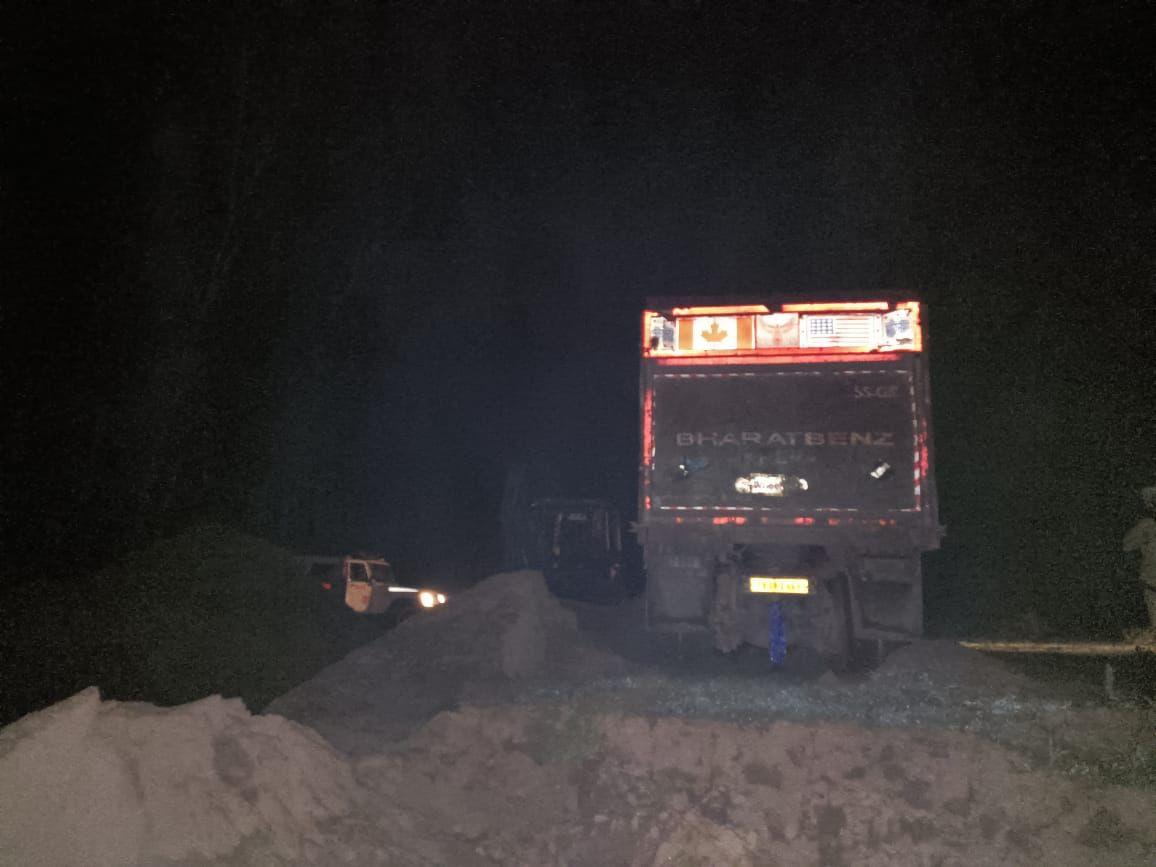 The Amritsar Rural police nabbed two persons for indulging in illegal sand mining in Ramdass area here on Monday evening. One of their accomplices managed to escape the spot. The police also confiscated a tipper and a JCB machine (earth excavator) used in digging sand.

According to information, due to rise in water level in the Ravi and banning of sand mining till September 30, no excavation of sand is allowed to be carried out in the riverbed. However, people allegedly involved in illegal mining were targeting nearby agricultural lands to dig sand. The police have registered a case under Section 21 of the Mining and Minerals Act and Section 379 of the IPC against the three accused.

Gurwinder Singh, SHO, Ramdass police station, said raids were on to nab Bablu, who was on the run since the incident.