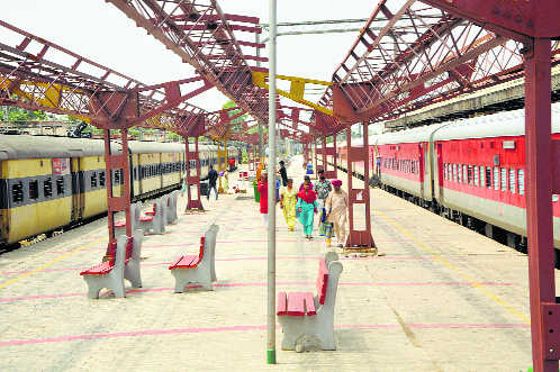 Losses of vendors at the Amritsar railway station continue to mount due to non-functioning of train services for the past nearly 10 months.

They demanded compensation as their expenditure remained unchanged all these months while they did not earn much all this while.

Earlier, it was due to Covid-19 induced lockdown and later, travel restrictions were imposed to ensure social distancing and then the farmers’ railway blockade took place which hit their income badly.

Railways continue to cancel, divert, short originate and terminate trains as the rail blockade by the Kisan Mazdoor Sangarsh Committee (KMSC), on the city’s outskirts, entered 110th day on Monday.

Only the food plaza has been functioning for the past one week to cater to passengers travelling daily in four trains. The local railway station, which falls under category ‘A’, has 12 stalls and eight trolleys which have been lying closed since the introduction of the lockdown in March.

Similarly, the number of trains also came down from 130 to four per day. Vendors said as it is they were incurring huge losses on account of lockdown, yet there was no plan to help them overcome the economic crises.

They rued each of them paid a monthly rent between Rs 15,000 to a maximum of Rs 20,000 to the railways. Apart from this, power tariff and other expenses make trade an uphill task for them. They added that their fixed expenses stand unchanged. So, the government must rollback monthly rent, power tariff and other fixed charges as they did not earn anything during the past 10 months.