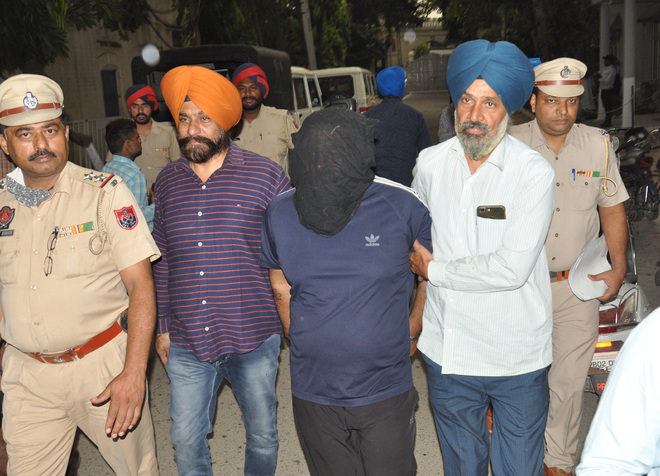 The police have cracked the case in which notorious gangster Jaggu Bhagwanpuria’s associate allegedly demanded extortion from a doctor owning a hospital in the city. Photo: Sunil Kumar

The police have cracked the case in which notorious gangster Jaggu Bhagwanpuria’s associate allegedly demanded extortion from a doctor owning a hospital in the city.

The police have arrested his accomplice Inderpreet Singh, alias Captain, of Fateh Singh Colony here. He was nabbed when he came to take the extortion amount from the doctor. The police said he was identified with the help of CCTV cameras installed near the doctor’s residence.

During probe, the accused confessed that he was an associate of Bhagwanpuria and had come to take the money on his (Bhagwanpuria’s) directions. The police have recovered the mobile phone used in the crime and the scooter in which he was travelling.

Interestingly, Bhagwanpuria is currently lodged in Tihar Jail in New Delhi and investigations revealed that he was running his network from the jail complex using a phone.

Jugraj Singh, ADCP (Investigations), said: “We are also sharing the information with the authorities at Tihar Jail. Bhagwanpuria has also been nominated in the case and efforts will be made to bring him on production warrant for further interrogation.”

Inderpreet was produced in court and brought on police remand for further probe. Two NDPS cases were registered against him in 2018. He had come out on bail in 2019. The ADCP said as per the preliminary probe, there were some more members of the gang, who were involved in the crime and efforts were on to nab them. He appealed to people to inform the police if they get any extortion calls from miscreants, assuring them that the police will take appropriate measures to nail the perpetrators.