Watch out for Amritsar-based players at Tokyo Olympics!

Selection of Dilpreet, Shamsher in hockey team takes excitement levels up a notch 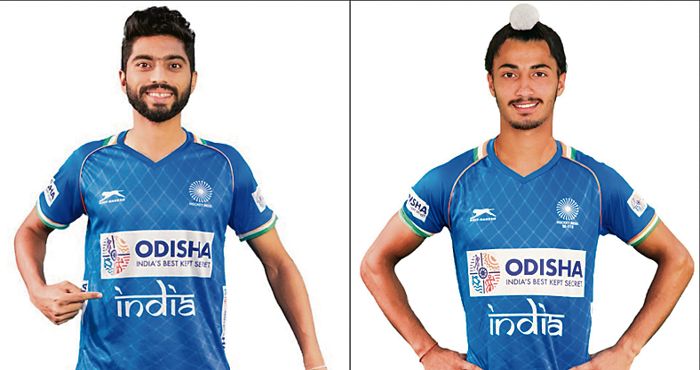 Residents of Butala village are in a celebratory mood as the news of Dilpreet Singh and Shamsher Singh being part of the Indian men hockey team that will compete in Tokyo Olympics was announced. The two young hockey players from Amritsar are currently in Bangalore and will leave for Tokyo in a day’s time.

They have been a part of the Indian men hockey team in several international tournaments. Dilpreet was a part of the U-18 Asia Cup team that won gold in 2016 and also played at the Commonwealth Games in 2018. Dilpreet’s father Balwinder Singh, who is a hockey coach and runs a hockey club in Butala, said it was an extremely ideal time for Dilpreet to make his mark as the medal hopes are high this time from the men’s hockey team. “It’s a proud moment for us as a family and as a community that Dilpreet’s hard work has paid off. We have high hopes from him and from team India as they have a good chance of winning a medal,” he said. Dilpreet started playing hockey at the age of 5 and initially trained with Balwinder before he got into the training academy at the age of 11.

“He has always been passionate about hockey and committed himself to the game completely. We really hope he makes the country proud,” he said. Both Dilpreet and Shamsher are alumni of Spring Dales School and their alma mater too shared their excitement over their Tokyo participation. Rajiv Kumar Sharma, principal, Springdales School, said the two were a part of a number of batches of the budding hockey players, who brought laurels to the school in the CBSE National Junior and Senior championships and other various tournaments at the national and international level.

In a joint initiative by Spring Dales Senior School and Maharaja Ranjit Singh Hockey Academy, Amritsar, the school had facilitated sports training to the potential hockey players without compromising on their academics. The school took the responsibility of providing education, books, stationary and sports kits to these budding sportsmen coming from different border belt villages, including Dilpreet and Shamsher.

Maharaja Ranjit Singh Hockey Academy is run by Olympian Balwinder Singh Shammi and the motive of the association was to identify and nurture the talented sportspersons in the border belt side by side promoting the national game. Spring Dales Educational Society’s Director, Dr Kirat Sandhu Cheema said the two like- minded associations have produced many ace hockey players in the recent past, including Olympian Ramandeep Singh, who represented India in Rio Olympics 2016 and was the highest priced player in Indian Hockey Premier league.