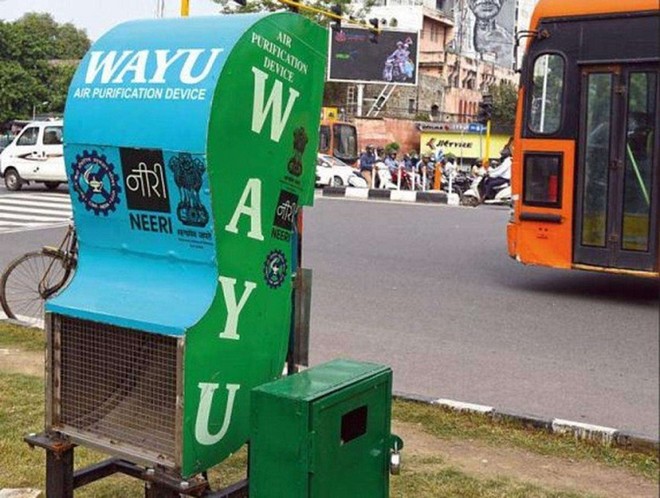 The Municipal Corporation (MC) would instal mass air purifier wind augmentation and air purifying units ‘WAYU’ at major traffic junctions of the city and also create green buffers along roads under National Clean Air Programme of Ministry of Environment, Forest and Climate Change (MOEF). The General House of the MCA gave nod to the project in its recent meeting.

The city has received a grant of Rs19 crore through the Punjab Pollution Control Board. The MC would spend the amount on 16 separate projects.

Following the mandate of National Green Tribunal (NGT), the MC would spend Rs85 lakh on the installation of ‘WAYU’ units. The fog cannon would also be installed for suppression of dust at construction sites at a cost of Rs70 lakh.

The civil wing officials stated that the MC would maintain potholes-free roads and conduct patch work through this grant. A truck mounted with chemical based water sprinkle machine would also be procured. With the amount of Rs2 crore, mechanical sweeping machine and 11 litters picking vacuum machine is also to be bought.

Apart from this, the MC would create green buffers along roadsides. In which 5-ft high grown up trees would be planted along with cemented tree guard meshes at various city roads. The parks, community places, schools and housing societies would also get green buffers.

Water fountains are to be installed at major traffic intersections by spending Rs80 lakh. The provisions would be made of yellow colour thermoplastic parking lines in various city areas.

Mayor Karamjit Singh Rintu stated that all these proposed projects of National Clean Air Programme have been passed by the General House and would be implemented soon.