7.41L MT procured | Major portion of grains yet to be lifted from mandis 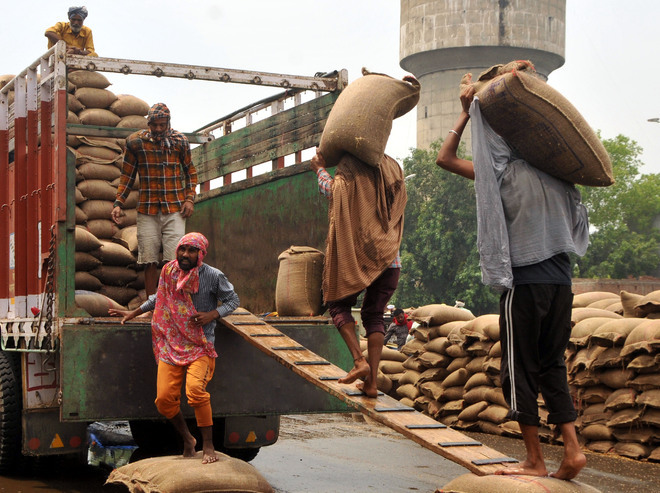 Though the procurement process has been completed, a major portion of foodgrains purchased by different agencies was yet to be lifted from grain markets.

Officials said 3,52,542 MT of wheat stock has been lifted from mandis while the remaining was still lying in the open. The district has witnessed intermittent showers in the last four days, as a result, wheat lying in the open has got drenched. A commission agent said showers have added to their trouble as labourers have to cover gunny bags whenever it rains.

The state government agency, Pungrain, which had been leading in the procurement has purchased a total of 2,17,834 MT followed by Punsup with 1,72,657 MT. Markfed has procured 1,58,070 MT wheat while Punjab Warehouse has purchased 95,053 MT. The Food Corporation of India has procured 93,614 MT.