With minimal staff, clinical work takes a hit at dental college in Amritsar 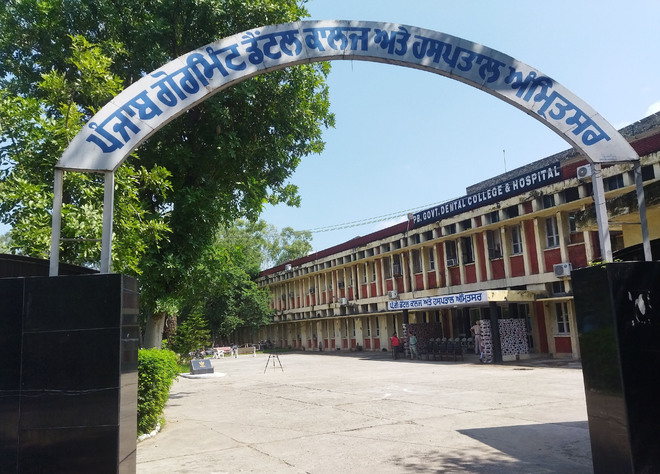 It may seem unbelievable and shocking, but it is true. Government Dental College, which has produced dentists of national and international repute, is running the show with less than 17 per cent of the sanctioned faculty posts.

With only 10 teachers available, the college has over 250 BDS and MDS students enrolled with it. Further, it has a dental hospital, which had a daily OPD of around 200 patients prior to the pandemic. In the absence of the required faculty, interns and MDS students run the hospital.

It is not that the faculty shortage at the college is a recent phenomenon.

In 2009, the college had almost 50 per cent of the faculty seats vacant. By 2013, the faculty shortage increased to almost 70 per cent. With no new recruitment during the past one-and-a-half decades and regular retirements, the college has now reached a situation, where it does not have enough teachers to hold regular classes.

As an ad hoc measure to address the issue, the government has appointed two teachers from Patiala GDC, who visit for a few days every month.

“One of these teachers will retire this year. For years, the teaching and clinical duties have been affected due to the shortage,” an employee said.