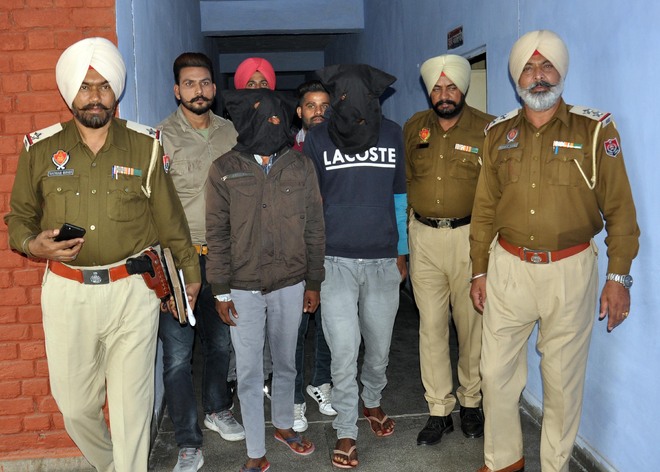 The suspects in police custody in Amritsar on Wednesday. Photo: Sunil Kumar

The police have arrested two prime suspects in the murder case of Baljit Kaur, who was a resident of Azad Nagar in Kot Khalsa. She was strangled to death by unidentified persons a week ago.

Deceased’s husband Gurminder Singh, who is a CRPF inspector, his paramour Veerpal Kaur, and self-styled godman Gurwinder Singh have already been arrested in the case.

According to the police, Gurminder’s illicit relations were the reason behind the murder. During an investigation, it was found that Gurminder and Baljit had strained relations and the former had illicit relations with Veerpal. In order to get rid of Baljit, the accused in connivance with Gurwinder had planned to kill her. They assured Rs5 lakh to Sukhdeep and Desa, who were his followers, to kill Baljit.