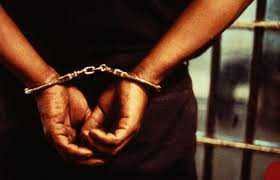 A prisoner along with her guarantor was booked after she failed to return to jail as per the schedule. Inmate Gogi of Chamiari village is serving a life term in murder case.

She was granted bail in March 2020 in the wake of the pandemic and was scheduled to report at Women Sub Jail in Malerkotla on February 10. The government had decided to give parole to inmates as prisons were turning into hotspots. Gogi and her guarantor Mukhtar Masih were booked under Sections 8 (2) and 9 of the Punjab Good Conduct Prisoners (temporary release) Act. Jail Superintendent said in July 2016, Gogi was sentenced to life imprisonment in a murder case. In March last year, she was released for eight weeks on parole, which was extended a number of times. — TNS