Ever since Independence, India has sought to derive maximum strategic advantage by avoiding moves that could draw it into the vortex of global rivalries. 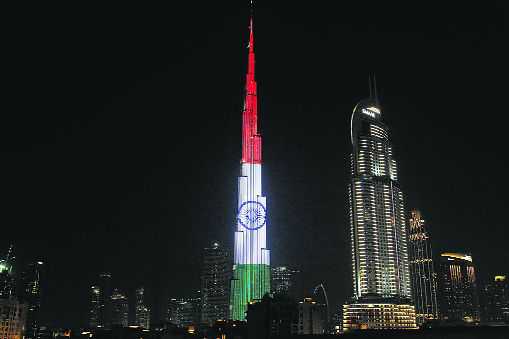 BIG RETURNS: There are about 7.6 million Indian nationals in GCC countries, remitting back around $40 billion annually.

Ever since Independence, India has sought to derive maximum strategic advantage by avoiding moves that could draw it into the vortex of global rivalries. The initial years were spent in seeking good relations with both the Soviet Union and the USA. There were, however, instances like the 1971 conflict, when relations with the US were strained with the emergence of a Sino-American quasi-alliance. This was also a period when the adoption of Soviet-style centralised economic planning led to India’s declining role in global trade and economic affairs and a relatively slow rate of growth.

The near-collapse of the Indian economy in 1991 coincided with the disintegration of the Soviet Union. It was the vision of PM Narasimha Rao that led to the dismantling of our ‘licence, permit, quota raj’. A new era of liberalisation and rapid growth enabled us to emerge as one of the fastest growing economies. It was during his tenure that we combined liberalisation with economic integration, adopting an imaginatively crafted ‘Look East Policy’. It has been invaluable in promoting India’s interaction with and access to trade, investment and technology from countries like Japan, China and South Korea.

What we appeared to lack in this period was a clearly enunciated policy beyond our western land and maritime frontiers, extending across the Indian Ocean to east Africa, and to the shores of the oil, gas and cash-rich Persian Gulf. The approach to our western neighbourhood was myopic and fixated on Pakistan. This only increased with the post 9/11 developments in Afghanistan. But, our imaginative economic assistance in areas, ranging from hydroelectric and irrigation projects to electricity transmission and support for education and training in Afghanistan, received extensive international acclaim. This demonstrated the positive role India could play even in a country being torn apart by Pakistan-sponsored terrorism.

While the Islamic world is beset by sectarian (Shia-Sunni), religious, and civilisational (Persian-Arab-Turkish) rivalries, India has skilfully conducted its diplomacy, advocating reconciliation between contesting states. New Delhi has stayed away from rivalries that have led to civil wars and incredible human suffering in Yemen and Syria. India has also made efforts to not yield to US pressure and has continued oil imports from Iran.

Imaginative diplomacy enabled India to get the US to waive sanctions for the development of the Chabahar Port. Moreover, Iraq is now emerging as a significant energy partner. Its leadership needs to be carefully cultivated. The most crucial relationships for India, however, pertain to its ties with the Gulf monarchies — all members of the Gulf Cooperation Council (GCC). They provide 42 per cent of India’s oil requirements. There are an estimated 7.6 million Indian nationals in GCC states, remitting back around $40 billion annually. Around 5.5 million Indians work in the UAE and Saudi Arabia. The annual trade with GCC countries is around $104 billion.

The last decade has seen a remarkable transformation in our earlier myopic approach. Recent years have been marked by high-level visits by PM Modi to the UAE and Saudi Arabia. These two countries work closely on virtually all crucial regional issues. The Saudi-UAE relationship is marked by high dependence on the US, especially on issues of regional security. The US uses their substantial influence to promote its interests in Afghanistan and Pakistan. This was evident in the role of these countries in facilitating US dialogue with the Taliban, and even in recent tensions between India and Pakistan.

India’s rise in high-tech sectors is reflected in the increasingly senior positions of Indian experts in the Gulf, where Indians are engaged in huge numbers in the knowledge-based economic sectors, such as Dubai Internet City, Dubai Media City and Jebel Ali Free Zone. The India-UAE ties have evolved into a significant partnership in the economic and commercial sphere. India-UAE trade is around $52 billion (2016-17), making India the largest trading partner of the UAE, while the UAE is India’s third largest trading partner after China and the US. The UAE is  the second largest export destination of India (over $30 billion) for the year 2016-17. Modi’s visit to the UAE was the first by an Indian PM after Indira Gandhi’s 1981 visit. Modi paid a second visit to Abu Dhabi in 2018 after welcoming the UAE Crown Prince in New Delhi in 2016. The red carpet was similarly laid out for the Saudi Crown Prince last month.

Respecting New Delhi’s sensitivities, the Crown Prince did not visit New Delhi immediately after his visit to Pakistan. Both Saudi Arabia and the UAE have been forthcoming in promptly deporting/extraditing Indian and foreign nationals wanted for serious crimes in India. There appears to be greater readiness in not only avoiding partisanship on issues like Pakistan-sponsored terrorism, but also in welcoming India as an ‘honoured guest’ to meetings like that of the OIC, while overruling Pakistani objections. The UAE and Saudi Arabia are poised to expand investments in India substantially. While much noise was made about the $20 billion investments pledged when the Crown Prince visited Pakistan, Saudi Arabia and the UAE have expressed readiness to invest $44 billion in the Ratnagiri refinery and petrochemical project, which will add to our existing annual exports of $40 billion of petrochemical products. The commercially wise Arabs know the difference between investing money and sharing profits in viable refineries on the one hand, and dishing out aid for a perpetually bankrupt recipient on the other.