MUMBAI: Prakash Ambedkar, who floated a coalition of ‘deprived’ castes, played the role of spoiler hurting the Congress and the Nationalist Congress Party in about a dozen seats. 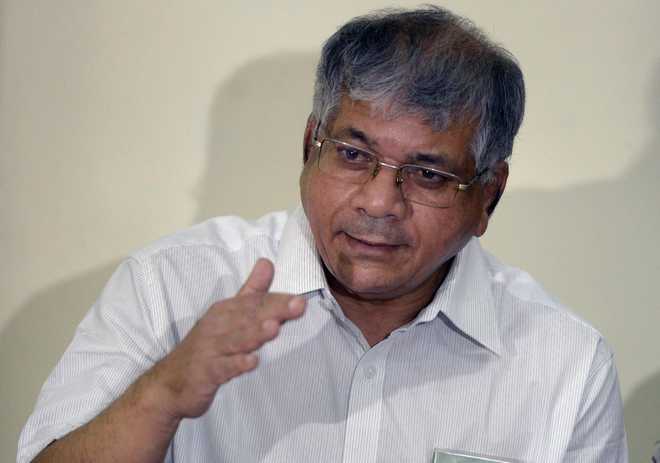 Prakash Ambedkar, who floated a coalition of ‘deprived’ castes, played the role of spoiler hurting the Congress and the Nationalist Congress Party in about a dozen seats. Among the big leaders VBA hurt included Maharashtra Congress chief Ashok Chavan, his predecessor Manikrao Thakre and former minister Sushilkumar Shinde of the Congress. VBA also hurt several NCP leaders and farm leader Raju Shetti of the Swabhimani Shetkari Sanghatana. Chavan lost to the BJP’s Prataprao Patil Chikhalikar by around 40,000 votes. However VBA had fielded a well-known local activist Yashpal Bhinge, who bagged more than 1.65 lakh votes with nearly 15 per cent vote share. The only candidate VBA managed to get elected was Imitaz Jaleel who contested from Aurangabad as a candidate of Assaddudin Owaisi’s All India Majlis-e-Ittehadul Muslimeen (AIMIM). Jaleel defeated Shiv Sena’s sitting MP Chandrakant Khaire in a multi-cornered contest.

Prakash Ambedkar, who contested from Solapur and Akola, finished third but ensured the defeat of Congress candidates Shinde and Hidayatullah  Barakatullah Patel. The Congress-NCP coalition had earlier accused Ambedkar of being a BJP stooge who was propped up to cut into the votes of the two secular parties. VBA polled around one lakh votes in Nanded, Solapur, Hatkanangale, Beed, Parbhani, Yavatmal, Gadchiroli-Chimur, Osmanabad, Buldana Sangli and Akola, according to data available from the Election Commission website. The party had fielded highly qualified candidates like teachers, doctors and lawyers and thus attracted the votes of educated middle-class voters, according to observers. Ambedkar himself appeared undaunted by his party’s poor show.

“We plan to contest the Assembly elections on the strength of our numbers. We will apply for a regional party tag from the Election Commission,” he told reporters.