''You are a thief, don''t deserve to represent Pak'': Maleeha Lodhi heckled in US

NEW DELHI: Maleeha Lodhi, Pakistan''s Permanent Representative to the United Nations, was seen heckled, in a purported video, by a man here claiming to be a Pakistani. 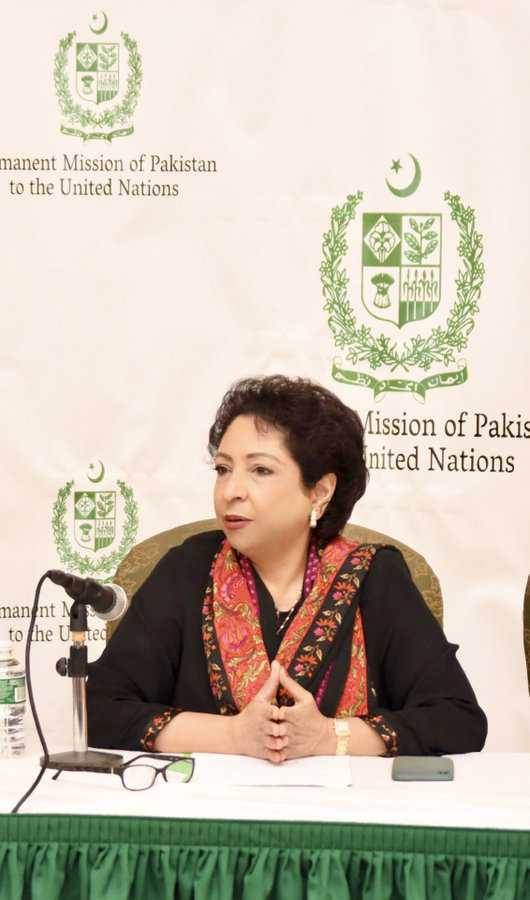 Maleeha Lodhi, Pakistan's Permanent Representative to the United Nations, was seen heckled, in a purported video, by a man here claiming to be a Pakistani.

In the video circulating online, Lodhi was seen evading questions based by the man during an interaction with the media.

When Lodhi was leaving from the event, the man heckled her and shouted: "From the last 15-20 years, what are you doing?" He then shouted loudly:"I have a question for you". When he was asked to stop recording by the people present at the event, the man said: "I'm not going to stop recording. It is not against the law. I am asking her a question...I am a Pakistani". When Pakistan's top diplomat at the UN refused to answer, the man heckled her and said "did not deserve to represent Pakistan". However, the authenticity of the video could not be ascertained.

There was no official response from Lodhi and the Pakistani mission. PTI

Now Failed Pakistani Diplomats being chased by Pakistani Only.

Pakistan’s permanent representative to UN Maleeha Lodhi countered by an angry Pakistani. Look at the drama...

"What are you doing for us...in the last 20 years what have you done?" pic.twitter.com/iSoZTT85Kr