10 CNG pumps to come up in Karnal 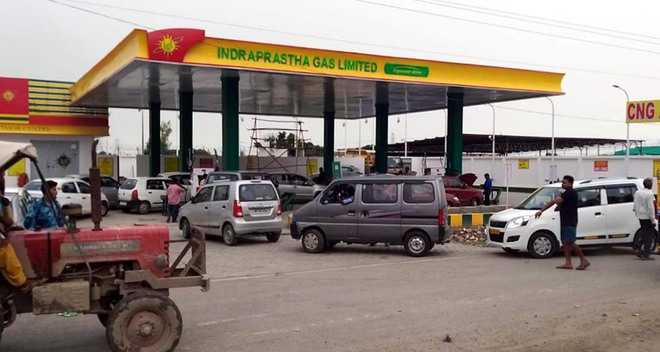 A CNG station on NH-44 in Karnal on Friday. Two more CNG stations will start by the end of October. Tribune photo

So far, four CNG stations are functioning — one at Kohand, one near Gharaunda, one at Jhanjhari and one at Samanabahu on National Highway-44. The company will start two more CNG stations by the end of October — one will be functional near Gharaunda and another on the Kunjpura-Newal road.

“Apart from these four functional CNG stations, we have set a target to start 10 more CNG pumps in the district in the next two years. Two will be functional by the end of October while the sites for the remaining are being identified,” said Ankush Jain, Regional Head (Karnal and Kaithal) of IGL.

He said that CNG and PNG were eco-friendly natural gases which not only help in keeping the environment clean, but are also cheaper than conventional fuel. Natural gas is lighter than air and it mixes with the air in case of leakage. This step will reduce the burden on gas agencies.

Vinay Pratap Singh, Deputy Commissioner, said that the district authorities are providing all kind of help to the company as CNG is a clean gas. This step would help in checking increasing pollution.