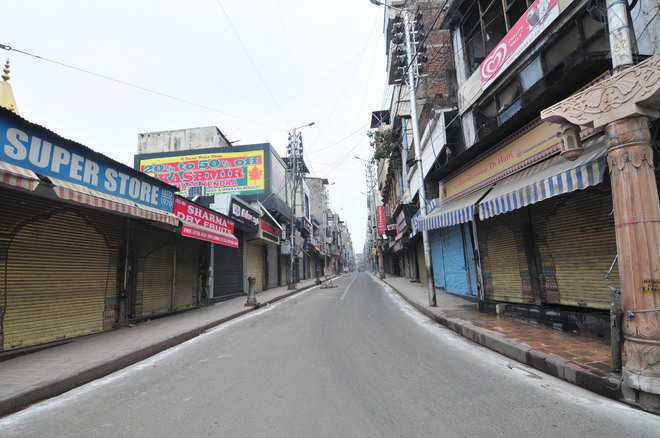 The administration itself created confusion with Divisional Commissioner calling it a “technical glitch”, Jammu IG a “tussle between mobile operators” and Jammu DC a “precautionary measure to stop rumour-mongering”. The administration had on Friday night restored slow-speed mobile Internet after a 12-day shutdown in Jammu, Samba, Kathua, Udhampur and Reasi.

Telecom operators told The Tribune that there was no technical glitch and they were asked to suspend the services till further orders. “We received the order at about 11am and all mobile Internet services were withdrawn within 15 minutes,” said a source.

Meanwhile, restrictions were further eased in areas under 50 police stations of the Kashmir Valley, though these were tightened in some parts of Srinagar after stray incidents of violence, even as the first batch of 300 Haj pilgrims returned to Kashmir from Saudi Arabia amid elaborate arrangements. Government spokesman Rohit Kansal said: “Over 190 primary schools will reopen tomorrow in Srinagar.” — TNS