9 years after being flushed, New Jersey woman gets back her wedding ring

NEW YORK: Incredulous things do happen! Nine years after a New Jersey woman accidentally flushed her gold wedding ring, encrusted with several diamonds, down her toilet, she recently got it back from the public works department. 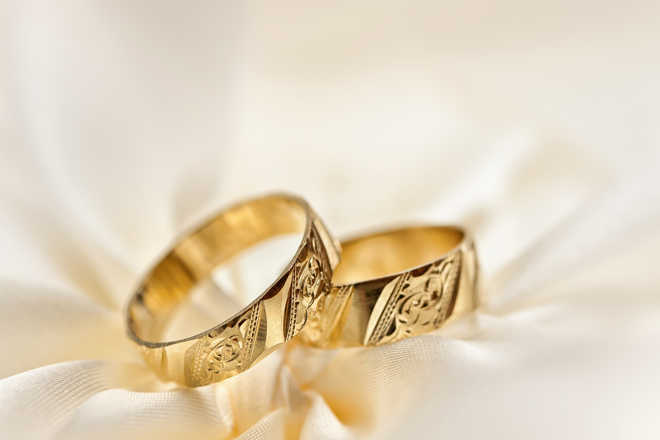 Incredulous things do happen! Nine years after a New Jersey woman accidentally flushed her gold wedding ring, encrusted with several diamonds, down her toilet, she recently got it back from the public works department.

Paula Stanton, 60, was cleaning her bathroom in 2009 when her 20th anniversary diamond ring, presented by her husband Michael, fell into the toilet and down the drain. She thought it was gone forever.

"I was cleaning and knew I must have flushed it down," she said.

"It had been a little big on my finger, because it was winter time and my hands were smaller. I felt so bad about it. Sad and embarrassed," she told the Press of Atlantic City.

Recently when she and her husband returned home from spending Thanksgiving this year with their son and his family in South Carolina, they found a note taped to their door. It asked them to contact the city's public works department.

"I figured they had to work near our house and had to dig up the yard or something," Stanton said.

Ted Gogol, 64, with the Somers Point Public Works Department, while carrying out routine maintanance work on a sewer line near Stanton's home last month, noticed a shining thing in the mud.

"I was only in a manhole less than 400 feet away from their house when I saw something shiny sitting in the mud and debris. I realised it was a ring, and I remembered the woman who was looking for a ring," he said, recalling that Stanton came over asking finding a lost ring.

So, he left a note on the family's front door.

Stanton eventually called public works and Gogol told her he had found a ring, but couldn't be sure if it was hers, she said. But the couple's initials were engraved on the interior of the band, and Gogol was able to tell her that it was the one.

"He came by after work and dropped it off. Nobody could believe it. Everyone was in a state of shock. I was hugging him and crying," Stanton said.

After getting advice from a jeweler and boiling it in peroxide and lemon juice (more than once), Stanton returned the ring to her finger, where she wears both the original and replacement rings.

Gogol said it was meant to be and was incredulous that he had found a ring lost for nine years in the sewer system that runs for about 65kms in Somers Point.

"There are honest people in the world, and I was so happy to have been able to help somebody," he said.

"People say around this time of year, crazy things happen. She said it was her Christmas miracle," Gogol quoted Stanton as saying. — PTI