AMRITSAR: AAP’s Patiala (rural) unit president was shot at by unidentified assailants in Punjab’s Tarn Taran district on Thursday while he was trying to prevent them from kidnapping a girl, police said. 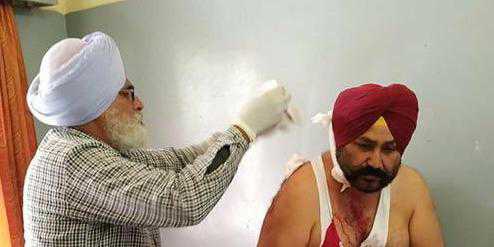 AAP’s Patiala (rural) unit president was shot at by unidentified assailants in Punjab’s Tarn Taran district on Thursday while he was trying to prevent them from kidnapping a girl, police said.

The girl confirmed this in her statement to police.

The assailants fired at Singh and a bullet hit him near the neck, Parmar said.

The AAP leader was shifted to Amritsar hospital where his condition was stated to be stable, he added.

Parmar said a delegation of the Aam Aadmi Party (AAP) met him and demanded immediate arrest of the kidnappers.

Police said investigation is underway in the case. — PTI