JAMMU: BJP’s Lok Sabha member from the Jammu-Poonch Jugal Kishore Sharma has said the abrogation of Article 370 would usher a new era of growth and development in J&K. 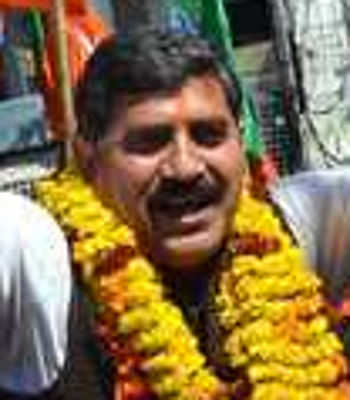 Addressing a function on Sunday, Sharma blamed the Congress for injustice to J&K in the past. He said former Prime Minister Jawaharlal Nehru in association with former Chief Minister Sheikh Abdullah had committed scores of mistakes.

Asserting that many nationalists had laid down their lives for the abrogation of Article 370, he said the party dedicated it to their sacrifices. “I believe myself to be lucky enough that I got a chance to vote for scrapping of Article 370 and thank people of Jammu-Poonch as they gave me this power with their votes,” he said.

In his address, state BJP president Ravinder Raina said, “With a strong and clear political will, we have undone the injustice.” He said the controversial Article prevented lakhs of people from getting their due rights. The Congress had majority in the Lok Sabha in the past, but it was never interested in removing the provision, he added.