After voicing interest in Jet, Vedanta''s Anil Agarwal backs out

MUMBAI: Billionaire businessman Anil Agarwal said on Monday that he was no longer interested in buying stake in Jet Airlines a day after he expressed interest—another major setback to lenders trying to revive the embattled airline. 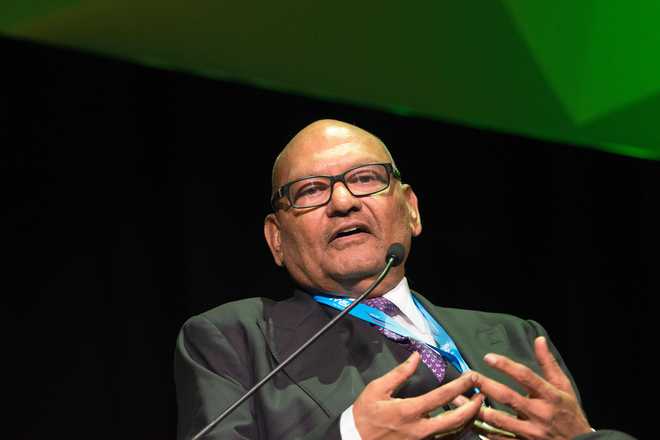 Billionaire businessman Anil Agarwal said on Monday that he was no longer interested in buying stake in Jet Airlines a day after he expressed interest—another major setback to lenders trying to revive the embattled airline.

His backing out of the deal means that there are now only two financial investors left in the fray. Players with deep pockets, like Etihad—which is already has 24 percent stake in the airline—and the Hindujas, have already backed out of the sale, leaving lenders flailing.

Volcan Investment, Agarwal's investment company, said on Sunday that it had voiced its interest on Saturday—the last day of the bidding.

The airline stopped its operations mid-April and has since been facing bankruptcy proceedings.

"The expression of interest submitted for Jet Airways by Volcan was exploratory in nature. On further evaluation and considering other priorities, we intend to not pursue this further," mining baron Agarwal, who owns the LSE-listed Vedanta Resources, said in a statement.

The airline’s lenders had extended deadline by a week for bids after its previous deadline of August 3 got a tepid response. They faced a similar situation in April, when our parties, including Etihad and TPG Partners, submitted EoIs, but the process did not move further.

Etihad said in a statement on Monday it did not submit its bid for the second round because of unresolved issues with the airline’s liabilities.

Etihad had presented a conditional expression of interest to reinvest in Jet as a minority stakeholder, with a partner in April, but the deal went no further.

"We remained engaged in the process, but despite the endeavours of everyone involved there remained very significant issues relating to Jet's previous liabilities. Regrettably, in these circumstances, it was neither feasible for nor responsible on our part to reinvest in Jet at this time," the UAE airlines said.

Lenders, who have 51 per cent stake in the airlines and who been in control of Jet Airlines since March 25, had approached the National Company Law Tribunal on June 17 when it could not find a buyer.

The resolution professional (RP) had said in July that he had received claims worth over Rs 25,500 crore as of July 4, including over Rs 200 crore from founder Naresh Goyal, submitted by the holding company of the airline JetAir, but was rejected.

Apart from this, authorised representatives of workmen and employees have made 11,965 claims of Rs 735 crore, the RP said, adding other creditors, including other financial creditors and operational creditors, have made 121 claims amounting to Rs 1,105 crore. PTI