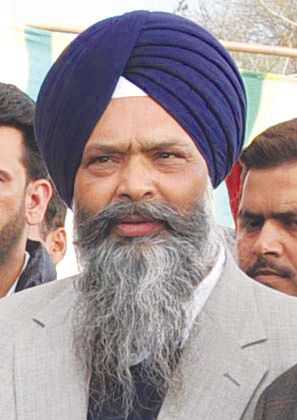 The Shiromani Aakali Dal has decided to once again field Prem Singh Chandumajra from the Anandpur Sahib seat and former Speaker Charanjit Singh Atwal from Jalandhar.

Their names were finalised by the party’s Political Affairs Committee (PAC) that met here today. Chandumajra and Atwal have been given the go-ahead to start campaigning.

The party has so far decided on three candidates, including Bibi Jagir Kaur for the Khadoor Sahib seat. Allotting ticket to senior leaders is being seen as a tactical move to rebut charges levelled by Taksali leaders that senior leaders were being ignored.

A meeting to pick candidates for  the  Ludhiana, Patiala, Sangrur, Bathinda, Ferozepur, Faridkot and Fatehgarh Sahib seats will be held on March 17-18.

In Malwa, traditionally a SAD stronghold, the party will be fielding big guns, including members of the Badal family. It is believed at least two members of the family will be in the fray.

The party is banking on youth power to make a comeback after its worst-ever performance in 2017. At least five of the seven candidates will be young leaders, marking a generational shift. Of late, the Youth Akali Dal has turned active, holding rallies and political meeting to energise the cadre.

The sitting MP from Anandpur Sahib won in 2014, defeating Congress stalwart Ambika Soni by 23,697 votes. The first president of the Youth Akali Dal, he made it to Parliament for the first time in 1996 and then again in 1998.

A Dalit face in Shiromani Akali Dal, he was Deputy Speaker of the Lok Sabha during 2004-2009. The two-time MP from the Phillaur constituency also served as Speaker of the Punjab Vidhan Sabha twice, including during the last term of Parkash Singh Badal