All arrangements in place for 73rd I-Day celebrations

SRINAGAR:The administration on Wednesday said all arrangements regarding the smooth conduct of Independence Day celebrations had been made and the main function would be held in Srinagar. 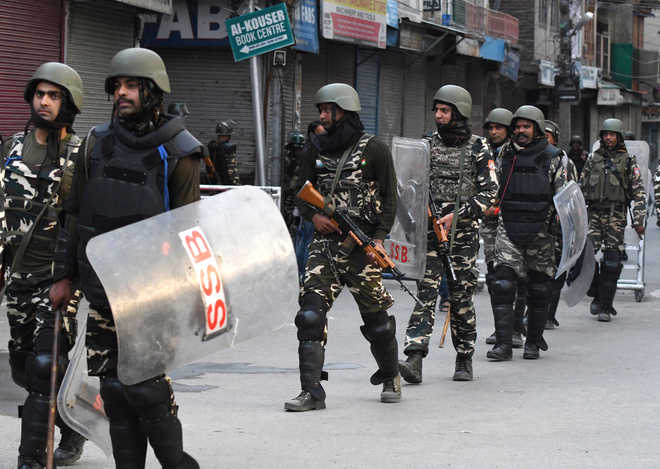 The administration on Wednesday said all arrangements regarding the smooth conduct of Independence Day celebrations had been made and the main function would be held in Srinagar.

The information was given by the government’s spokesperson and Principal Secretary, Planning and Development, Rohit Kansal here. Muneer Khan, Additional Director General of Police (ADGP), Law and Order, was also present on the occasion.

The spokesman said the full dress rehearsals were held in all districts of the Valley on Tuesday. Deliberating the situation in the Valley, he said Kashmir remained calm due to which the government had given further relaxation in “prohibitory orders” in many areas.

Some minor localised incidents were reported from a few places and had been dealt with at the local level. He assured that there was no shortage of essential supplies in the Valley, besides, hospitals and other civil facilities were functioning normally.

Briefing about the overall security situation of the state, ADGP Muneer Khan said the situation was under control. He said restrictions had been lifted completely in the Jammu division and schools and other business establishments were functioning normally.