AMRITSAR: Six months after the Municipal Corporation held a special training-cum-workshop with C Srinivasan, director, Indian Green Services, for its staff and officials, the promise of replicating the successful Vellore model devised by Srinivasan in solving the city’s waste disposal woes seems bleak.

Six months after the Municipal Corporation held a special training-cum-workshop with C Srinivasan, director, Indian Green Services, for its staff and officials, the promise of replicating the successful Vellore model devised by Srinivasan in solving the city’s waste disposal woes seems bleak. Just as the civic body claims that the model rests largely on the volunteer efforts of citizens, the latter claim that the MC lacks sincerity in implementing the suggestions made by Srinivasan.

“Simple concepts of waste segregation at source and mulching to treat garden waste do not require much infrastructure or resources. Yet, MC seem to have turned the workshops into a mere propaganda,” says Sanjay Kurl, eco activist and a member of the committee opposing the Solid Waste Management Project at Bhagtanwala. “We were a part of the workshop where several scientific concepts of waste management were discussed and we had asked the MC to approve a project for 37 wards where volunteers would carry out secondary segregation of waste. It would have omitted out the requirement to have a landfill site. But nothing happened,” he says.

Srinivasan had helped set up mulching sites at the Company Bagh to treat garden waste, but now huge dump of garden waste sit at the same very spot. The citizens have also opposed the installation of incinerators in city as they pose health hazard and cause pollution. “When we have eco-friendly options to treat waste that would not require solid waste management plants and also generate green jobs and revenue for MC, why is there a need to waste public money on such unhealthy projects? asks Sanjay.

Meanwhile, MC commissioner Sonali Giri claims that they plan to train more staff including sanitary inspectors, on various aspects of scientific Solid Liquid Resource Management (SLRM) concepts. “We got a bit held up due to other developmental projects but we have ropes in few private schools and colleges to begin segregation of garbage and implement composting. We also distributed bins to the Air force station to engage volunteers and will also hold talks with Resident Welfare Associations and park committees in various localities to implement SLRM concepts. We are targeting voluntary approach towards it.”

“No one is monitoring the small projects I helped establish.” Srinivasan, who will be in Amritsar to hold another series of workshops at Cantonment regarding his latest family based model in SLRM, says that since he helped set up different sites for SLRM in city, no one has called him to report the progress or monitor the situation. 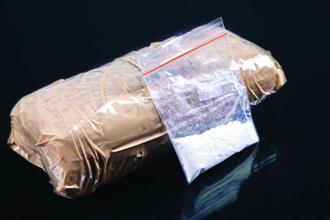