Roojam takes over as Deputy Commissioner

AMRITSAR: After assuming charge as the holy city’s Deputy Commissioner today, Varun Roojam said his first priority would be to undertake a tour of the border areas, including remote villages, to take stock of the situation there. 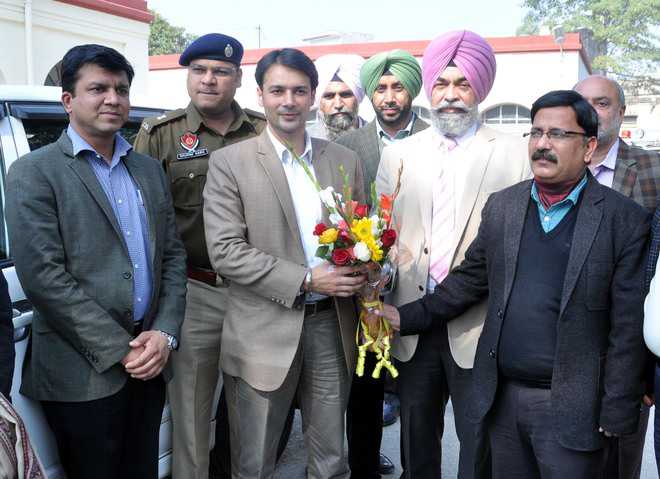 After assuming charge as the holy city’s Deputy Commissioner today, Varun Roojam said his first priority would be to undertake a tour of the border areas, including remote villages, to take stock of the situation there.

He said under this programme, the administration would redress the grievances and attend to problems being faced by border residents so that these could be redressed timely.

He elaborated that timely and speedy resolution of public grievances, expeditious processing of revenue cases and timely execution of development projects would remain his top priorities.

He said his top priority was to ensure that the district administration should pay proper heed to public grievances and issues, so that such issues could be sorted out well in time.

After assuming charge, Roojam while interacting with mediapersons in his office said he would put in efforts to take the district to new heights of development, growth and success.

He also sought cooperation and support from all sections of society as well as elected representatives for scripting new chapters of development.

Roojam has brought with him experience of working in districts of Sri Muktsar Sahib, Sahibzada Ajit Singh Nagar (Mohali), Hoshiarpur, Jalandhar and Patiala.

He said he would assess the major problems being faced by the district and the residents and try to find a solution and work for overall development of the district.

He also held a meeting with officers of various departments at Circuit House after taking guard of honour.

The Deputy Commissioner, accompanied by other senior officers of the district administration, paid obeisance at the Golden Temple and the Durgiana Mandir besides paying tributes to the martyrs at Jallianwala Bagh after reaching the city.