SHIMLA:BJP legislator Anil Sharma, son of former Telecommunication Minister Sukh Ram, could be on his way out from the saffron party as his party membership has not been renewed. 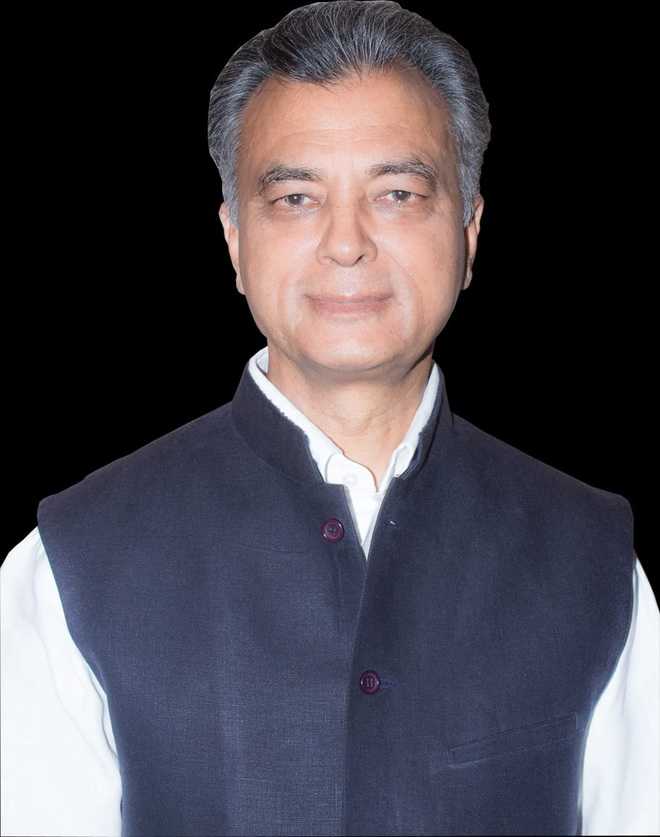 BJP legislator Anil Sharma, son of former Telecommunication Minister Sukh Ram, could be on his way out from the saffron party as his party membership has not been renewed.

Anil Sharma, three-time legislator who resigned from the Jai Ram Cabinet following his son Ashray Sharma being fielded unsuccessfully by the Congress in the Lok Sabha election from Mandi, could be expelled from the BJP. If the BJP decides to take this step, Sharma could be an unattached MLA in the Vidhan Sabha.

“I have not received any communication from the party so far and I too have not got my BJP membership renewed,” said Anil Sharma. However, Mandi (Sadar) BJP Block president Manish Kapoor said he had been given directions from senior leadership that Sharma’s membership should not be renewed.

However, Sharma will cease to be a BJP MLA only once the BJP Chief Whip in the Assembly and party president write to the Speaker of the Vidhan Sabha that Anil Sharma is no longer a member of the BJP. Vidhan Sabha Speaker Rajeev Bindal could, however, not be contacted.

Sources, however, said that the formalities for ensuring that Sharma ceases to be a BJP legislator could be completed in the near future. It has also been reliably learnt that Sharma, who vacated his ministerial bungalow after the Lok Sabha polls following his resigning as a minister, is yet to be allotted accommodation in the Vidhan Sabha MLAs hostel.

“He has applied for the house but has been told that there is no accommodation was vacant in the MLAs hostel,” said sources.

Anil Sharma had joined the BJP just before the Assembly polls and had contested the assembly election on the BJP ticket. Following this, he was inducted as Minister for Power in the Jai ram Government. It was after Anil’s son, Ashray joined the Congress to contest the Lok Sabha election that Anil’s troubles began.

He resigned from the Cabinet but did not campaign for his son as this would have become a valid ground for his expulsion from the BJP. He did not canvass anywhere else outside Mandi parliamentary seat for any other BJP candidate also. So, it was being expected that he would be shown the door soon or later.