CHANDIGARH: With the delay in repairing of the leakage of a pipeline between Kajauli waterworks and Jandpur village, the additional supply of 29 million gallons of water per day (MGD) has received another setback. 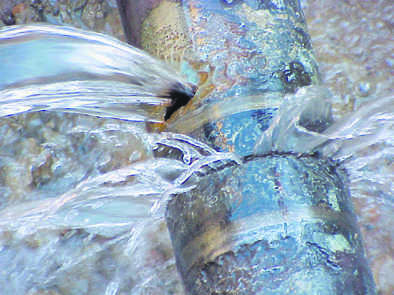 With the delay in repairing of the leakage of a pipeline between Kajauli waterworks and Jandpur village, the additional supply of 29 million gallons of water per day (MGD) has received another setback.

According to Municipal Corporation officials, the leakage near Morinda would be repaired in two or three more days. The city could expect additional water supply in about a week, they said.

“Leakage was reported four days ago. Greater Mohali Area Development Authority (GMADA) is undertaking the repair work. If all goes well, we expect the water supply to reach Jandpur in a week,” said a senior Municipal Corporation official. Before the leakage, the water had reached 19 km of the total 23-km water pipeline from Kajauli to Jandpur.

Following this, the seven-km stretch between Jandpur and the Sector 39 waterworks will be covered. It will then be released to different areas of the city. With this additional supply, water pressure will increase, along with supply timings.

Earlier, water supply was expected to reach the city by August 15. However, the snag has lessened the enthusiasm of the corporation. Prior to this, similar issue had cropped up when a 1.5-km pipeline being laid by the Railways in its jurisdiction (Madoli village) had leaked during the trial run. The problem was later taken care of.