Zigzags of history and its people

An architect friend, who travelled to Kabul after the Taliban had left, discovered an ancient city ravaged and ruined. There was so much death and destruction, and such intense personal and collective tragedies, that he almost lost his. 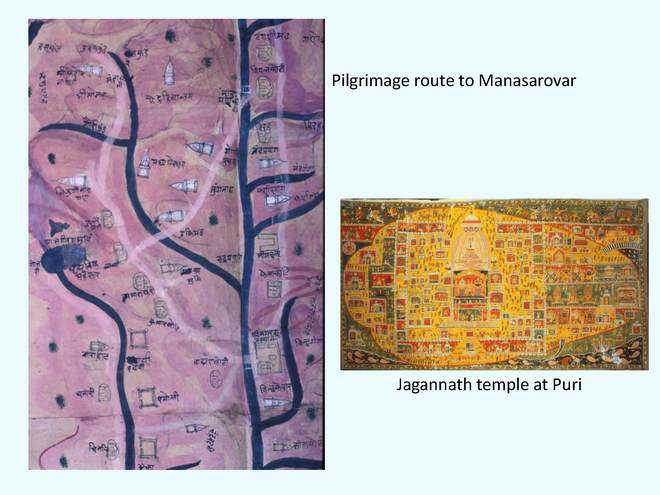 An architect friend, who travelled to Kabul after the Taliban had left, discovered an ancient city ravaged and ruined. There was so much death and destruction, and such intense personal and collective tragedies, that he almost lost his way. It was a city that marked every word of the epical novels of Khaled Hosseini, especially how the female body, including the female and male child, became the new arena of relentless brutalisation and savagery. So, this architect travelled through the lanes and bylanes of the city of Kabul, and drew a map. He thought that perhaps a map could make the living find their way through the infinite tragedies and labyrinths of the past.

Maps are journeys through the self, as it is through bylanes and zigzags of a cityscape or a geographical landscape discovered, as if for the first time. It is, at once, a compass that moves through the archival knowledge of time and space, as it is memory etched on manuscript. One of the early book of poems by Vikram Seth, even as travelled through distant journeys, where the journey itself became the destination, was called ‘Mappings’. These were words and drawing, lines and sketches, dots and blots, in grey, colour and black and white, prose and poetry, marking both the working of the inner soul, as much as the external space man and woman were trying to negotiate, with no technology at hand, but sheer instinct, realism, imagination and memory.

Susan Gole spent many years in India. However, her interest in maps began only in her forties. In a London map shop one day, she found Indian maps were still marked in old currency long after decimalisation, as no one had bothered to look at the folders. So she prepared a list of maps of India drawn before 1800 as an aid to their identification and different versions for the dealers and the collectors.

Hence began her collection of maps, forgotten and discarded, ruined and perhaps ravaged, like memories of the past, or ancient cities and journeys lost in a haze. She became an avid collector of maps, especially seeking out maps etched on the complexity of Indian tradition, often left to their fate.

She joined the International Map Collectors Society after she returned to the United Kingdom. She was heading it for nine years, while she edited its prestigious journal for 16 years. Thereby, she found access to the larger canvas of map-making, like an art form, as much as precious archival evidence. Her book, ‘Early Maps of India’, is an important narrative in the relationship between history and society.

Susan Gole was recently invited by INTACH to give a lecture in Delhi on ‘Indian Mapping: Local Tradition or Foreign Influence’. According to INTACH, “She illustrates how, contrary to popular belief, Indians had a prolific mapmaking tradition before any foreign influences arrived on the subcontinent. Aided by the map collection in the City Palace, Jaipur, she explores the cartographic traditions of India in cloth maps of Kashmir, Surat and Nasik. The lecture is both a study of Indian mapmaking and a call for the preservation of these maps.”

For those who have visited the Jagannath temple in Puri, despite the anthropologically tribal motif of the “gods and goddess”, who seem all too human and primordial, and so unlike most Hindu gods, the interiors to the sanctum sanctorum acquires a different narrative as you travel with the map. It’s like walking through magic realism fiction.

The pilgrimage route to Mansarovar, sublime as it is, appears like a manuscript engraved in sacred space. However, nature is at once negotiable, even when it is inaccessible and difficult to reach.

Most exquisite is the town of Srinagar embroidered on a shawl. So what is the meaning of life, you may ask? The meaning of life is the complex and meticulous embroidery, or, mappings, which an artist has engraved, in a loved tribute to this magnificent city with its beautiful people. The shawl is at once the medium and the message.

Indeed, in a country, where tribal and rural art and artisans have been dumped in the garbage can of history or degraded, humiliated and pushed into the margins, where walls, trees, temples, mosques, calendars, oral traditions and story-telling are marked by the painstaking craft of hand-made aesthetics, the town of Amber on a wall is a reminder that maps are our moments of revelation and realism. That we are all social beings, a collective, in synthesis with heritage. That maps can unite, and show the way.