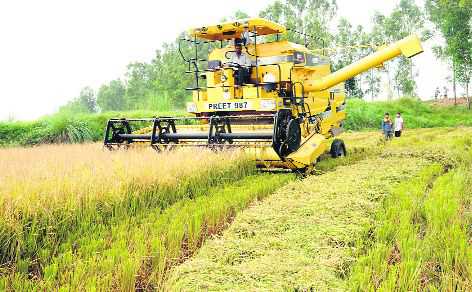 Combines without the straw management system to get impounded as per orders of the Moga DM.

As per the details, SMS is machinery attached with the combine harvesters, which cuts the standing paddy straw and spreads it uniformly in the field after which the farmers are not required to burn paddy straw before sowing the wheat crop.

The officer said the combine harvester machine owners had to follow the instructions issued under the Air (Prevention & Control of Pollution) Act 1981, to ensure that only SMS-installed machines operated during the paddy harvesting season.

He said teams had been formed at village levels that would keep vigil and promptly report if any farmer was indulged in stubble burning and would also ensure to check that every combine had SMS installed on it.

The District Magistrate also prohibited the harvesting of paddy using combines from 7 pm to 10 am.