BATHINDA: Sukhwinder Singh Brar, who hails from Khayaliwala village in Bathinda district, has cleared the Punjab Public Service Commission (PPSC) exams, the result of which was announced recently. 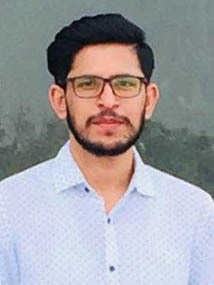 Sukhwinder Singh Brar, who hails from Khayaliwala village in Bathinda district, has cleared the Punjab Public Service Commission (PPSC) exams, the result of which was announced recently.

He has brought laurels to the village by securing 135th rank in the examination. He appeared for the exam in the freedom fighter category. His grandfather Ajmer Singh was a soldier in the Azad Hind Fauj.

He gave the credit of his success to his grandfather Ajmer Singh, parents Ranjit Singh and Kuldeep Kaur and his friends.