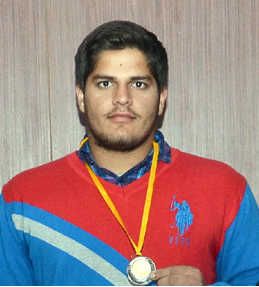 Earlier, Karanveer, a student of BA (3rd year) of Baba Farid College, had won a silver medal in the National Federation Cup of Athletics held in Patiala.

He had won a gold medal in the Annual Inter-College Athletics Championship-2018 organised by Punjabi University, Patiala.

In the All-India Athletics Championship, he won a bronze medal last year.

Dr Gurmeet Singh Dhaliwal, chairman, BFGI, congratulated Karanveer and his parents for achievement. He said the education of such meritorious students had been free at BFGI.

Dhaliwal said looking at the hard work and sports performance of Karanveer Singh, they were confident that he would do well in the sports field at the international level in future.