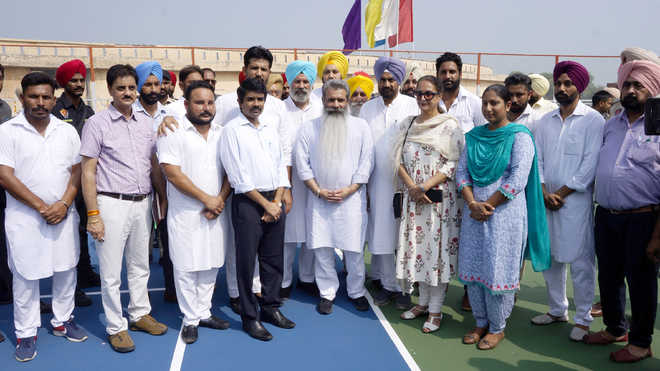 Built by the Department of Rural Development and Panchayats under the supervision of the District Olympic Association at a cost of Rs32 lakh, the six-layer synthetic court is the first tennis of its kind in the public sector in the state.

Ashu said the tennis court would prove a boon for players of the district and the academy would prepare international-level players. He further called upon youth to obtain maximum advantage of this facility.

Notably, the announcement of the court was made by the minister during his visit to the district on January 26 this year as the chief guest at the Republic Day function.

Interacting with the mediapersons, Ashu, who holds Food and Civil Supplies portfolio, said the state government was making all arrangements for the procurement of paddy, so that farmers did not face any problem. He further informed that the state government was also coming up with a one-time settlement scheme for rice millers and a milling policy would also be framed soon. — TNS