MALOUT: The fresh rainfall and prevailing cold weather has brought smiles on the faces of farmers in the district. The farmers said the change in weather was beneficial for the growing wheat crop. 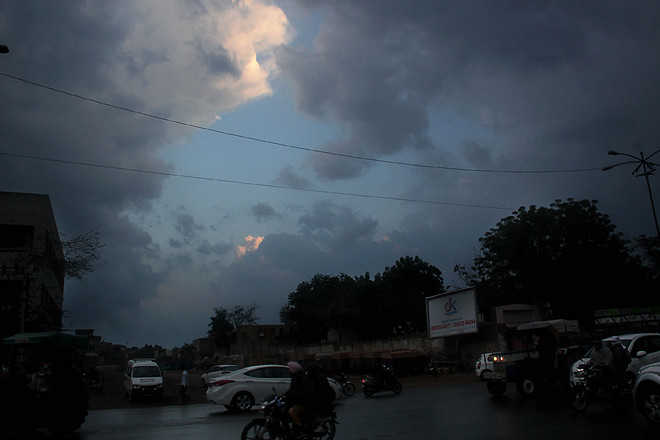 A view of the overcast sky in Bathinda on Thursday. Tribune photo: Pawan Sharma

The fresh rainfall and prevailing cold weather has brought smiles on the faces of farmers in the district. The farmers said the change in weather was beneficial for the growing wheat crop.

However, some farmers were worried. They said if the rains are accompanied by a hailstorm, then it might cause crop loss. Notably, the kinnow crop is also being harvested and the heavy rain may damage it too.

However, there are no reports of any kind of loss to the crop in the district. Officials of the Agriculture Department said the change in weather was good and no farmer had reported any kind of loss so far. “The loss may have occurred in some other district but the situation is good in our district,” an official of the Agriculture Department said.— TNS

Rain brings chill back in air

Bathinda: Following two consecutive bright sunny days, the city witnessed a brief spell of rain in the morning and evening hours on Thursday. The rain, coupled with overcast/ cloudy sky, caused a chill in the air with the temperature dipping further. Following the rain, the footfall in the market areas dropped and residents preferred to stay indoors for most part of the day.

Malout: An outer wall of a house in Ward 18 on Thursday collapsed as lightning struck. Luckily, nobody was injured. House owner Sohan Lal informed the media about the incident.