PRAYAGRAJ: Ajitesh Kumar, husband of BJP MLA Rajesh Mishra’s daughter Sakshi, who alleges they fear for their lives for marrying outside their castes, was attacked inside the High Court complex today. 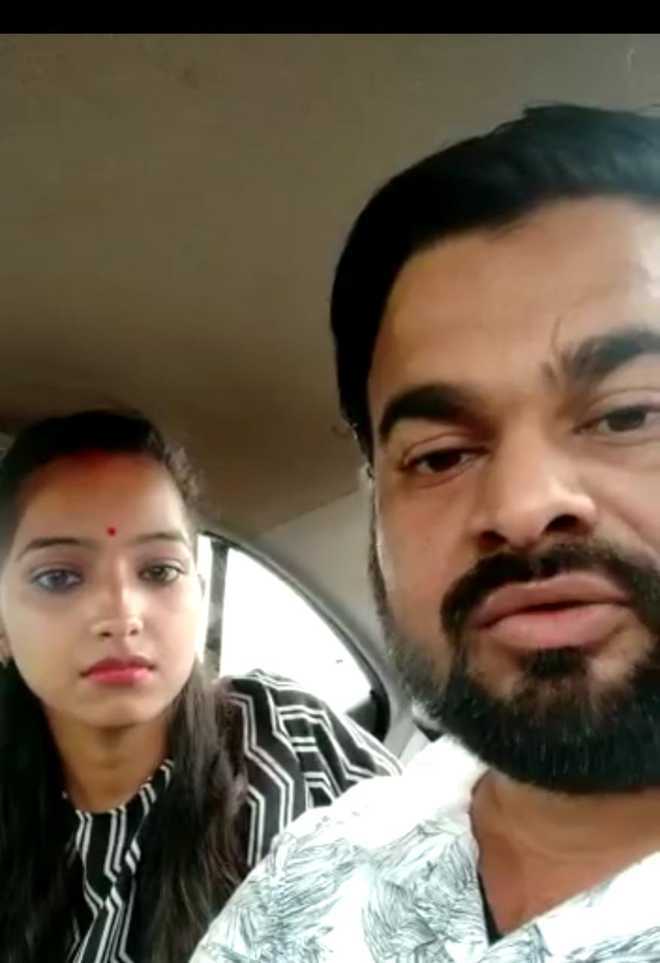 According to the couple’s lawyer, Ajitesh was beaten up by some “people wearing black coats” outside the High Court just before the hearing.

Shahira Naim
Tribune News Service
Prayagraj, July 15
Ajitesh Kumar, husband of BJP MLA Rajesh Mishra’s daughter Sakshi, who alleges  they fear for their lives for marrying outside their castes, was attacked inside the High Court complex today.
According to the couple’s lawyer, Ajitesh was beaten up outside the court just before the hearing. After declaring their marriage “valid”, Justice Siddhartha Verma told the couple to remain in the court as he summoned police officials to provide protection.
Later, amid tight security, the police escorted them from a side gate and took them to the Bamrauli airport from where they were taken by a chopper to some unknown destination.
Justice Verma reprimanded Rajesh Misra, Sakshi’s father and BJP MLA from Bithari Chainpur in Bareilly, for the attack. The couple’s counsel said despite the court order on their protection, Ajitesh was thrashed in the High Court premises. But Prayagraj SSP denied that he had been assaulted. The couple had reportedly eloped on July 3 and had got married at a temple in Prayagraj.
SHARE ARTICLE