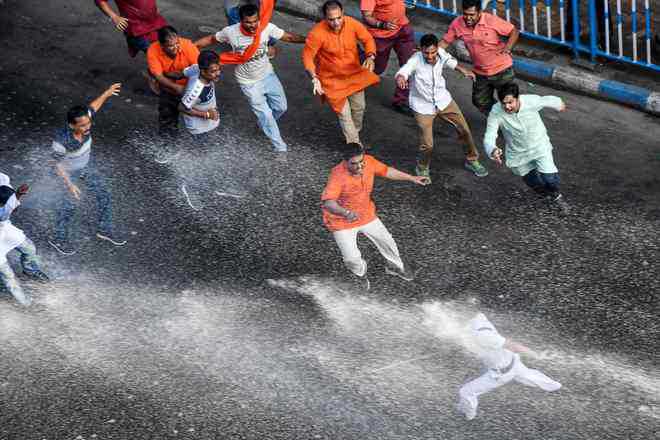 A police officer (R) runs to escape himself from BJP workers in Kolkata on Wednesday. AFP

As many as 44,852 dengue cases have been reported from Kolkata and its adjoining areas, a report of the state health department has revealed. A government official said 25 persons had died of dengue in the state since January. PTI